Is there a Morsi Effect? An Overview of Political Islamists’ Electoral Performances Since 2013

Is there a Morsi Effect? An Overview of Political Islamists’ Electoral Performances Since 2013 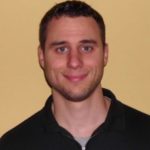 Nicholas Gjorvad is a researcher of the MENA region. He holds a PhD. in Islamic Studies from Freie Universität Berlin.