Breakthrough in the Gulf Crisis Will Shape Regional Geopolitics 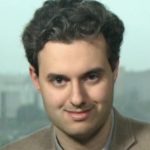 Although the end of the Qatar blockade will enhance the stability of the Persian Gulf, the long-term implications of the AlUla Agreement are unclear. From a long-range perspective, Qatar was the decisive winner from the Gulf crisis. Qatar did not accede to any of the thirteen demands of the blockading states, which included the closure of Al Jazeera, a downgrade of Qatar-Iran relations, and Qatar’s severance of ties with the Muslim Brotherhood. Since 2017, Qatar has diversified its supply chains for agricultural and manufactured goods, expanded its air force from 12 to 96 fighter jets, and strengthened its partnerships with Europe, Russia, and China.

Senior officials and prominent commentators from the blockading states have challenged the narrative of a resounding Qatari victory. The UAE Minister of State for Foreign Affairs Anwar Gargash insisted that the thirteen demands were a “maximalist negotiating position,” which downplays the significance of Qatar’s ability to avoid major concessions. Abdul Rahman al-Rashed, the former General Manager of Saudi state network Al-Arabiya, argued that Qatar made substantial compromises by removing Muslim Brotherhood leaders from its soil, aligning its banking system with U.S. preferences and “transferring most of its media operations from Doha to other countries.” These contentions have received little support outside of tightly controlled media spaces of the four blockading countries.

Looking solely at the AlUla Agreement, the end of the Gulf crisis produced a win-win outcome for all parties involved. Closer GCC-level cooperation on mitigating the economic impact of the COVID-19 pandemic is more likely. Qatar will be able to expand its informal commercial relationship with Egypt, which includes its flagship Egyptian Refinery Company investment, shore up Dubai’s faltering real estate market, and invest in Mohammed bin Salman’s Saudi 2030 diversification plan. The Qatari economy will also receive Saudi and Emirati investments, which should more than recoup lost revenues from legal cases against the blockading states.

Unresolved Tensions on the Arabian Peninsula

Despite these positives, the end of the Qatar blockade has not resulted in a complete resolution of the Gulf crisis. Severe mistrust between Qatar and the boycotting countries, which dates back to the February 1996 coup attempt against Qatari Emir Hamad bin Khalifa al-Thani, persists. The ideological rivalry between the UAE, which opposes grassroots Islamist movements and supports the forces of counter-revolution in the Middle East, and Qatar, which enthusiastically supported the 2011 Arab Spring protests, remains intense. Qatar and the UAE also remain strategic rivals in Africa, as they vie for natural gas contracts in Mozambique and for political influence in Tunisia and Somalia.

The mixture of genuine breakthroughs and unresolved conflicts that follow the AlUla Agreement could profoundly impact the GCC’s relationships with Iran and Turkey. Although Iranian Foreign Minister Javad Zarif extolled Qatar’s “brave resistance to pressure and extortion” and urged Tehran’s Arab rivals to consider its Hormuz Peace Initiative collective security agreement, the AlUla Agreement might not benefit Iran’s interests. Iran has historically welcomed and tried to capitalize on dissension within the GCC. Iran-backed Houthi rebels stepped up their military incursions in southern Yemen as Saudi-UAE tensions spiked in 2019. Iran was the most outspoken international critic of the Riyadh Agreement, which helped reconcile Saudi-UAE disagreements. Immediately after the GCC summit, Iranian media outlet Entekhab cast doubts on the sincerity of Bahrain’s reconciliation with Qatar. This underscores the domestic resonance of Iran’s efforts to highlight dissatisfaction with Saudi leadership in the Gulf.

In spite of Iran’s trepidations about a reduction of tensions on the Arabian Peninsula, the GCC is unlikely to become an anti-Iranian bloc. Qatari Foreign Minister Sheikh Mohammed bin Abdulrahman al-Thani has stated that the GCC’s reconciliation will not change Qatar’s relationship with Iran. Immediately after the blockade, Qatar asked Iran for emergency food and water supplies. Iran’s compliance with these requests thawed tensions between Qatar and Iran, which mounted after Doha condemned Iran’s January 2016 attack on the Saudi embassy in Tehran and Saudi consulate in Mashhad. Instead of joining Saudi Arabia and Bahrain’s confrontational stances towards Iran, Qatar’s policy towards Iran will likely lie somewhere between Oman’s cordial relationship with Tehran and the UAE’s cautious confrontation strategy. The incoming Joe Biden administration might see this stance as beneficial, as it could allow Qatar to facilitate U.S.-Iran dialogue.

Is a New Gulf Crisis Inevitable?

While intra-GCC divergences over Iran are palpable and might provide tactical benefits for Biden’s re-engagement with Iran, they might not precipitate a new Gulf crisis. If Saudi Arabia and the UAE are included in the Joint Comprehensive Plan of Action negotiations, as Saudi Foreign Minister Faisal bin Farhan requested on December 5, the divisive impact of these disagreements could ease over time. If Joe Biden follows through on his pledge to suspend U.S. material support for the Saudi-led military intervention in Yemen, the rancor of intra-Gulf divisions over Iran could soften. Oman, Qatar, and Kuwait would welcome a Saudi withdrawal from Yemen, as all three countries have criticized the war. Qatar would also support an end to Saudi and Emirati allegations of Qatari support for the Muslim Brotherhood and the Houthis.

In contrast to the contradictions between Iranian officials and media discourse, Turkey views the AlUla Agreement as a positive development. Turkey’s President Recep Tayyip Erdogan described the AlUla Agreement as “very beneficial and good, especially for the Gulf area,” while Turkish state news agency Anadolu Agency called the blockade’s cessation “a big win for Turkey and the Gulf.” As Qatar is the second largest foreign investor in the Turkish economy and aligns with Turkey on issues spanning from Libya to the Kurdish People’s Protection Units (YPG) threat in northern Syria, Turkey-Qatar relations will continue to strengthen in the post-blockade period.

These improvements will be welcomed by Kuwait and Oman, which have recently strengthened their relationships with Turkey. They will likely receive a muted response from Saudi Arabia, as Riyadh is in the early stages of resetting its relationship with Turkey. The Gulf reconciliation process might even contribute to a partial de-escalation of UAE-Turkey tensions. In a break from his hostile rhetoric towards Turkey, UAE Minister of State for Foreign Affairs Anwar Gargash erroneously called the UAE “Turkey’s number one trade partner in the region” and stated that the UAE does not favor disputes with Turkey. In order to avoid reheating the Gulf crisis, the UAE could focus on containing Turkey in the eastern Mediterranean and tread more cautiously on its anti-Turkish efforts in the Middle East.

The AlUla Agreement marks the end of the most protracted intra-Gulf dispute in recent memory but leaves more questions than answers about the geopolitical future of the Persian Gulf region. If Saudi Arabia and the UAE recognize the futility of economic coercion against Qatar and GCC officials rein in mutual mistrusts, the AlUla Agreement could emerge as a landmark diplomatic achievement for rival GCC countries.

Samuel Ramani is a DPhil candidate at the University of Oxford's Department of Politics and International Relations. He is a non-resident fellow at the Gulf International Forum and regular contributor to Foreign Policy, the Carnegie Endowment for International Peace, and Al-Monitor on Middle East affairs.