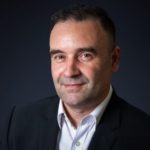 Following the tense US-China meeting in Alaska during the first high-level US-China talks of the Biden administration in March 2021,[i]  Chinese State Councillor and Foreign Minister Wang Yi carried out a six-country swing through the Middle East.

After visits to Tokyo and Seoul and just before the meeting in Anchorage, Alaska, the US Secretary of State Antony Blinken summarised that the future American relationship with China “will be competitive where it should be, collaborative where it can be, adversarial where it must be.’’[ii] While Blinken aimed to signal that the US was ready for discussions from a position of strength, the timing of Wang’s diplomatic tour of the Middle East immediately following the US-China talks did not escape notice. During the six-country tour, Wang responded to Blinken’s three Cs of competition, confrontation and collaboration with his five principles for regional security in the Middle East.[iii] Propaganda aside, China is rapidly expanding its economic footprint in the Middle East,[iv] but Chinese officials and academicians still debate how and when Chinese economic diplomacy is going to transform into political influence.

Among the six-country diplomatic tour, the stops in the Kingdom of Saudi Arabia, Turkey, and Iran are of particular relevance for framing the trends of China’s future engagement in the Middle East.

Dr Alessandro Arduino is the principal research fellow at the Middle East Institute (MEI), National University of Singapore. He is the co-director of the Security & Crisis Management International Centre at the Shanghai Academy of Social Science (SASS) and an external associate at Lau China Institute, King’s College London. His two decades of experience in China encompasses security analysis and crisis management. His main research interests include China, Central Asia and Middle East and North Africa relations, sovereign wealth funds, private military/security companies, and China’s security and foreign policy. Alessandro is the author of several books and he has published papers and commentaries in various journals in Italian, English and Chinese. His most recent book is China’s Private Army: Protecting the New Silk Road (Palgrave, 2018).