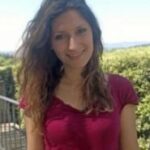 Abstract: By declaring the dissolution of the National People’s Assembly in February 2021, President Abdelmadjid Tebboune hoped to open a new political cycle for Algeria after years of massive protests. The snap legislative elections held on June 12 took place in a tense climate of generalized repression amid a political and economic crisis, while most of the opposition  boycotted the ballot. The low turnout and lack of a political majority in the National Parliament seemed to designate the boycotters as the election’s true winners. However, the results have frozen the confrontation between a regime incapable of renewing itself and a protest movement extremely impaired by internal conflicts and paralyzed by harsh repression. The opposition’s rejection of the regime’s offer to open political opportunities has paradoxically resulted in a lack of any political alternative to the The National Liberation Front (FLN) and greater discretion in the hands of the President of the Republic. Instead of bringing a rupture, the last ballot represented a continuity with the Bouteflika regime’s charateristics of electoral formalism and lack of accountability.

On Friday, February 22, 2021, Algeria was once more flooded with crowds eager to revive the revolutionary process known as the ‘Algerian Spring,’ or Hirak, that started two years ago. After a one-year hiatus due to the Covid-19 pandemic, protesters again filled the streets in Algiers, Constantine, Oran, Jijel, Tlemcen, Tizi-Ouzou, Béjaia, Bouira, Kherrata and Sétif.

Rekindled by a deepening socio-economic crisis, protests first resurfaced at the end of 2020 after the return of General Khaled Nezzar, the former defense minister who flew to Spain in July 2019 escaping justice. As revealed by the media, the General returned to Algeria after obtaining guarantees for a retrial and cancellation of the international arrest warrant issued against him.[i] Nezzar is not the only member of the old guard to be granted an informal pardon under the table. The former intelligence chief Lieutenant General Mohamed Median, better known as General Tawfiq, and General Bashir Tartag also returned home thanks to similar arrangements. As a full restoration of the Ancién Regime seems to proceed onwards, Hirak has surged in response.

The reactivation of the Hirak movement led the regime to reconsider its legitimation strategies. Following mass protests, President Abdelmadjid Tebboune signed a pardon for approximately 30 detainees from the protestors along with more than two dozen others who were waiting to go on trial. Moreover, the ailing leader dissolved the lower house of  parliament and called for snap legislative elections that were held on June 12, 2021. The latter were presented by national authorities as a symbolic turn, as they were the first legislative elections since the Hirak popular uprising against the Bouteflika’s fifth mandate.

Ester Sigillò is a postdoctoral researcher at the University of Bologna and an associated researcher to the Robert Schuman Centre for Advanced Studies, at the European University Institute in Florence. Her research interests focus on civil society, social movements and Islamic activism in the Maghreb. Ester is also an adjunct professor at Georgetown University (Florence campus) where she currently teaches Comparative Political Systems in the Mediterrranean Region.