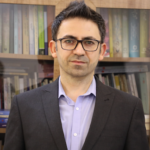 Early August 2021, the Mustafa al-Kadhimi government announced the “Iraqi Neighboring Countries Conference,” designed to focus on regional challenges and ways to overcome them. The conference, held on August 28, 2021, was initially aimed at hosting Iraq’s neighbors, particularly Iran, Turkey, Saudi Arabia, Kuwait, and Jordan (Syria was not invited). However, the list of participants later evolved to include delegations from countries outside the region and non-neighboring states such as France, Egypt, Qatar and the United Arab Emirates. Delegations from regional and international organizations such as the League of Arab States, European Union and the United Nations were also invited. What is significant about the Baghdad Summit is that it marks the first time Iraq has taken on a diplomatic initiative to mitigate regional tensions within a well-attended high-level conference. Although it is too early to talk about the conference’s impact,[i] if Iraq manages to facilitate a regional dialogue it will become post-2003 Iraq’s most important diplomatic achievement, normalizing its status as a regional player.

With the widened scope of mandate given to al-Kadhimi government, this conference is regarded as a landmark achievement for Iraq’s diplomacy since the United States’ (U.S.) invasion of the country in 2003. This brief will explain the Iraqi government’s aims in hosting the Baghdad Conference for Cooperation and Partnership. I argue that uncertainty towards the future of U.S. support and its commitments to Iraq’s protection and sustainability has forced Iraqi leaders to seek regional cooperation and integration. In addition, Baghdad also aims to forge a regional understanding among Iraq’s neighbors to have a constructive role after the U.S. change of mission in Iraq. The success of this attempt of the Iraqi government will largely depend on two major conditions: firstly, the nature of Iraq’s post early election government, and secondly, the outcome of U.S-Iran nuclear talks.

Since the American 2011 withdrawal from Iraq numerous efforts have aimed to restore the country’s appropriate role in the regional and international arena. The most recent effort was an agreement between Iraq, Egypt, and Jordan at a high diplomatic level in late June of this year, in which Iraq’s prime minister al-Kadhimi asserted that the Arab states have attempted to develop a “common vision through cooperation and coordination” to resolve the conflicts in Syria, Palestine, Libya, and Yemen.[ii] Since Kadhimi took office in May 2020, there have been high expectations from US, European countries and to a lesser extent Arab Gulf countries that he might be able to lead his country in a manner that balances its relations with neighboring countries and regional actors. Kadhimi’s ascendance to power came at an apt time, as angry protestors and Iraq’s key international backers hoped that he could build strong political and legal institutions, contain armed militia groups and address corruption. Public expectations for Kadhimi’s government were high, and it initially enjoyed popular support across Iraq’s diverse communities.[iii]