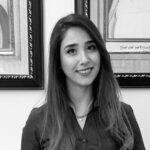 The recent regional climate of reconciliation in the region will bring benefits not only to the states that were directly involved in the intra-Gulf crisis, but also those that were stuck on the sidelines. This climate could provide an alternative approach to those states which were caught in the middle and faced disquieting challenges throughout the years-long tension in the region. While much focus has been placed on Turkey’s relations with Qatar or with the Saudi/Emirati/Bahraini bloc, it is also worth analyzing the future of Turkey’s relations with the two “neutral” states of the Gulf Cooperation Council (GCC), namely Kuwait and Oman.

However, the recent reconciliation climate is likely to open room for Kuwait and Oman to foster their relations with Ankara without the pressure they faced from the Turkey-Gulf tension over the past decade. The ending of the Gulf dispute with the al-Ula declaration was a sigh of relief for Kuwait and Oman, which were concerned over the GCC’s fate as a sub-regional organization.

Kuwait and Oman deviate from the GCC on certain aspects of foreign policy. They traditionally pursue a pragmatic, neutral, and inclusive approach towards regional actors and crises. Thanks to their history of mediation and diplomacy, Kuwait has earned the name of “the dean of Arab diplomacy,” while Oman has earned the name of “Switzerland of Arabia.” Given their political and economic vulnerabilities, neither Kuwait nor Oman could entirely ignore the adverse political, economic, security and social ramifications of the Gulf crisis. Both countries opted for a balancing act throughout the crisis due to their concern that their assertive neighbors could exploit their vulnerabilities. While Kuwait assumed a mediator role, Oman endorsed neutrality and supported the former’s mediation efforts. Their shared stance was reflective of their domestic and external concerns. As in the words of Schanzer, Kuwait and Oman were stuck in “a no man’s land.” For many analysts, the “true losers” of the Gulf crisis were neither Qatar, nor the blockading countries, but Kuwait and Oman, which lie at the intersection of the Gulf’s major fault lines.

Now that rapprochement with Turkey has eased the political and security pressure, these two Gulf states, which both recently experienced a leadership change, will be able to focus on their domestic issues and reinforce their cooperation with Turkey in several areas.

Under the shadow of the Turkey-Gulf dispute

In the midst of the Gulf crisis between Qatar and three of its Gulf neighbors, Ankara appointed two female ambassadors to both Kuwait City and Muscat, which were Turkey’s first female political appointees to the GCC states. In 2017, Ayşe Hilal Koytak Sayan, who previously served as a foreign policy advisor to the government, was appointed to Kuwait, while Ayşe Sözen Usluer, the former head of the International Relations Department at the Presidential Office, assumed the ambassadorial position in Oman in 2018. Since the 2014 presidential election and in particular following the failed July coup attempt, Turkey’s presidency has become the center of foreign policy-making through the president’s team of advisors. As Aras notes, the president appointed his senior advisors as noncareer ambassadors. Thus, Ankara’s choice of names having close links to the Turkish presidency illustrates the president’s impact on the country’s foreign policy-making strategies, as well as demonstrating the importance Turkish leadership attaches to these two Gulf countries.

Beside developing relations in the diplomatic realm, Turkey’s relations with Kuwait also took attention in the security and defense realms. In 2018, Kuwait’s signed a joint defense plan for 2019 with Turkey that aimed to strengthen military cooperation between the two countries. This was shared in both Turkish and Gulf media outlets as a crucial development for a region experiencing tectonic changes. Although Turkey and Kuwait had previously inked several cooperation deals in security and defense, and defense ministers from the two countries have also met several times to foster relations in this field, the deal’s timing led to speculations that Turkey might establish its second military base in the Gulf region after Qatar. The rumors of an imminent Kuwaiti request for the establishment of a Turkish military base in particular came to the agenda after Saudi Crown Prince Muhammed bin Salman’s visit to Kuwait in September 2018, which focused on the longstanding dispute over the neutral zone between the Gulf neighbors.

Despite these rumors, unlike Qatar, Kuwait ultimately avoided the provocative option of hosting a Turkish military base on its soil, but rather opted to enhance its cooperation with Turkey in the areas of security and defense. This was partly due to the Gulf country’s traditional foreign policy line of non-assertiveness and neutrality. Kuwait has usually walked a thin line when it comes to regional issues, while aligning with Saudi policies to a certain extent. Kuwait has sided with Riyadh in the latest diplomatic row with Lebanon, joined the Saudi-led coalition against Houthis in Yemen, stood behind the Al Khalifa regime during protests in Bahrain, and took a similar posture with the Saudi-led bloc in Egypt. On the other hand, Kuwait did not join the other Gulf states in their blockade against Qatar, but rather assumed a mediator role, and maintained balanced relations with both Iran and Turkey, two countries that stood by Qatar during the crisis. Turkey and Qatar shared a common vision regarding the new regional order with the rise of the Muslim Brotherhood (MB) movement, while the pro-status-quo camp of Saudi Arabia, UAE and Bahrain consider the movement as a lethal threat to their national security and stability. Between these two camps, Kuwait, which has a parliament hosting MB members that enjoy rights of political activism, adopted a neutral stance as it has never considered the movement as fundamentally threatening to the Kuwaiti system or government.

Through a new era in regional politics

Thus, Kuwait’s own priorities and concerns shape its relationship with Turkey, which could be described as the most pragmatic of any with a GCC nation, without any significant ups or downs. Both Kuwait and Oman are small states that opted to strategically hedge their relationships with regional actors to cope with the threats posed to their sovereignty and stability. On the regional level, the 2017 Gulf crisis became a game changer in terms of threat perception for both Kuwait and Oman. On the international level, Washington’s gradual disengagement as the Gulf’s security guarantor forced these vulnerable states to bolster their political, economic and security relations with Turkey, while avoiding raising eyebrows in Saudi Arabia and other GCC neighbors.

Like Kuwait, Oman recognized the catastrophic implications of the GCC turmoil and demonstrated a diversified foreign policy strategy. Oman’s approach to Turkey was solely motivated by pragmatism, rather than ideology, and aimed to fortify its position in an increasingly polarized region. As part of this policy, it improved its economic and defense relations with Ankara. Yet, in order to chart a path not unfavorable to other GCC states, Oman opted to keep these relations at a moderate level. When compared to Kuwait, Oman has yet to make any noteworthy diplomatic initiative to reach out to Ankara. However, some minor, but important developments also took place recently. In September, Turkish Foreign Minister Mevlüt Çavuşoğlu held a virtual meeting with his Omani counterpart to discuss regional issues concerning the two countries as well as ways to further enhance bilateral cooperation. In January, the Oman-Turkey Friendship Association was established by the Omani Foreign Ministry to symbolize the two countries’ continued cooperation. In this context, Çavuşoğlu’s visit to Kuwait, Oman, and Qatar as part of a Gulf tour in February following the al-Ula declaration was a symbolically important move that aimed to bring the Gulf region to the top of Turkey’s foreign policy agenda at a time when Ankara’s relations with the US and Europe witnessed ups and downs. Although in terms of trade the shares of these two GCC states are still modest, Turkey attaches importance to enhancing its relationship with the two countries’ new leaderships, which to a certain extent follow the path of their predecessors. From the Gulf perspective, both Kuwait and Oman face challenging domestic and foreign conditions, such as economic challenges due to the pandemic. Thus, diversifying their partnerships with regional powers, especially in the fields of defense and trade, has become a vital option. Over the past few years, Turkey’s defense industry has increased its sales to Gulf countries and this might be an area of cooperation with Turkey that Muscat and Kuwait City could deepen in the future depending on the regional climate.

A potential advancement in the Turkish-Saudi relationship will benefit not only Turkey and Saudi Arabi/UAE, but also the Kuwaiti and Omani leaderships, which had previously found themselves under incredible pressure throughout the conflict. Given the new realities of regional politics after the al-Ula declaration,
Ankara’s relations with the GCC’s two “balancing” powers, Kuwait and Oman, has the potential to gain greater strategic depth in this new era.

Sinem Cengiz, born and raised in Kuwait, is a Turkish researcher with a focus on Gulf affairs, and Turkey’s relations with the broader Middle East. She is a regular columnist to Arab News and the author of the book “Turkish-Saudi relations: Cooperation and Competition in the Middle East.” She tweets at @SinemCngz