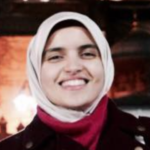 Three years after the onset of the Arab uprisings, Jason Brownlee, Tarek Masoud, and Andrew Reynolds explain in “The Arab Spring: Pathways of Repression and Reform” the different pathways the Arab uprisings took in each context during 2011-2013. The professors of government, comparative politics of the Middle East, and democratization and electoral systems, respectively, theorize the dismal failure of the Arab uprisings to bring about fundamental change to the region’s political dynamics. Counter to other reductionist studies that depend in their analysis on proximate causes, they offer an overriding structural framework that emphasizes the importance of inherited political and socio-economic structures in determining the outcome of the Arab Spring and any future uprisings to come. They pessimistically conclude that the Arab Spring shall be remembered not as a revolutionary change, but as a short momentary break in a longer, more dismal story (p. 228).

The book’s analytical standpoint focuses on regime breakdown in four main countries-Tunisia, Egypt, Libya, and Yemen- rather than democratization or revolutions. Out of the six countries swept by uprisings, only Tunisia and Egypt have completed their transitions, with the former being the only country that succeeded in maintaining its emerging democracy. The authors try to explain two main questions. First, what accounts for the variation of outcomes between leadership change versus leadership continuity? Second, what explains the divergent results of democratic transitions in the four countries that experienced regime breakdowns? The pivotal factors determining authoritarian breakdown versus continuation are oil rents, an argument developed decades ago by the rentier state theory, and hereditary succession, a regime-stabilizing mechanism that ensures their incumbents’ loyalty and fortifies their coercive capacity. The authors argue that hereditary succession in the Syrian regime accounts for the regime continuation and cohesion of the Asad family’s coercive power, although it only had a single-family power succession. The authors recognize the role of military and foreign powers in tipping the scales in Libya and Yemen. The authors believe only foreign imposed regime change can remove Asad from office, similar to what happened in Libya. Yet, they ignore their role in keeping Asad’s regime alive. However, absent the interventions, especially of Iran and Russia, it is highly unlikely that hereditary succession would have enabled the Asad regime’s survival on its own.

One of the main conclusions of the book, contrary to the prevailing literature on sultanism, is the fortifying impact of extreme personalism on the durability of authoritarian regimes (pp. 219-221). The pattern of outcomes to the Arab Uprisings in Syria, Libya, Egypt, Tunisia, and Yemen suggests a sobering reality that less intense personalism brought less stability and that the more concentrated the coercive power of personalized rulers the longer their tenure.

Concerning the second major question of the book, “Pathways of Repression and Reform” explains that the post-breakdown dynamics and final outcomes of the transition process are determined by socio-economic development and pre-existing structures, specifically state capacity and the strength of civil society and opposition groups. In this regard, the authors build their line of argument on the structuralist modernization theory, which argues that the sources of variation in civil society strength and the balance between Islamists and secularists lie in antecedent socio-economic conditions. That is, the higher the economic development a country possesses, the stronger its civil society. Compared to a strong pluralist civil society in Tunisia as a function of higher economic development, Egypt had a weak civil society dominated by Islamic institutions that rendered Islamists more political chances and resources to mobilize voters (p. 204). Their electoral win in 2012 inclined them to not compromise with other non-Islamists which, in turn, left no option for non-Islamists but to appeal for the military for redress. That provided the chance and pretext for the military to intervene. However, they also self-contradicted their argument by stating that Egyptian ‘civil society was certainly strong [but not pluralistic] enough to force the armed forces to defect from the executive’ (p. 215). In fact, the authors blame the failure of maintaining the democratic transition in Egypt on the Islamists (pp. 189-190), but they don’t provide evidence of the Islamists’ unwillingness or actual refusal to reach political agreements.

Furthermore, the authors assert that the relative inability of oppositions to force incumbents to hold elections is also a function of socio-economic forces. An important rejoinder here can argue that the old regime incumbents may actually resort to elections to reduce street protests. As Gandhi and Lust-Okar put it, one common strategy of authoritarian regime strategies is to hold regular elections as an institutional tool to co-opt elites or large oppositions by splitting the opposition through the divided structure of contestation.[i] In Egypt, the Transitional Military Council that administrated the interim period until 2012 depended on the same old strategy of holding elections- considerably fair and free- to divide the opposition and divert them from the path of revolution. Thus, counter to the authors’ argument, the policies of the old regimes have a greater share in enfeebling oppositionists’ capacity to shape the political landscape after the regime breakdown more than the level of economic development.

Moreover, despite having less than half of Egypt’s per capita income in 2013 and 2015,[ii] the Sudanese proved to be wilier than Egyptians when they extended and doubled their demonstrations that ousted Al-Bashir after thirty years in power. The protestors did not desist until the military junta agreed to immediately share administrative authority in the Sovereignty Council that is half-military, half-civilian.[iii] Not to mention that an economically prosperous state can also be repressive of civil society. That said, it may seem to the reader that their argument on economic development and the strength of civil society in the context of the Arab spring is questionable, if not flawed to an extent.

To conclude, The Arab Spring complex and sophisticated analysis makes it worthy of being a learning source for Middle Eastern politics and comparative politics students. Brownlee, Masoud, and Reynolds provide an insightful and well-versed synthesis of the fast literature on the Arab Spring in a distinctive theoretical framework.