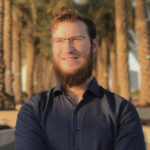 Finally, Islamic democracy would leave theory and see application. Or so it seemed to some as the Arab uprisings spread throughout the Arab world like wildfire. It was in this context that Andrew March first began to write a book “about the invention of popular sovereignty in modern Islamic thought.” That book would become “Caliphate of Man” a reference to the now near-ubiquitous understanding that the phrase “I am placing on this earth a khalifa (viceregent)” in verse 2:30 refers to the popular sovereignty of the Ummah, or the entire community of Muslims. March sees this twentieth-century turn to popular sovereignty as a genuine revolution in Islamic thought. However, if he initially aimed to write the genealogy of a triumphant model, he is now much more pessimistic, quoting the possibly permanent loss of “Islamic democracy” due not only to the “failure” of the Arab uprisings, but also the lack of moral consensus in Muslim societies. (pg.3)

The book’s first chapter covers the history and theory of Islamic constitutionalism, which starts earlier than most would expect during the early-modern period in Tunisia, the Ottoman Empire, Iran and Afghanistan. After laying this historical background, March draws out for full display the very real contradictions of modern Muslim constitutions in countries such as Egypt and Pakistan. Enshrining the Sharia as a (or occasionally the) source of law in a modern state creates a number of discrepancies, such as the need for a body to arbitrate the lines between secular law and the Sharia, a duty usually endowed to judges with minimal Sharia training. (p.8) March closes the chapter by arguing that despite Islamic constitutional literature’s diversity, it generates a ground of consensus and common problems.

The book’s second chapter presents an extended argument on how to read Islamic political history. March begins by noting the dualism inherent in classic Islamic constitutional theory in the power-sharing agreement between the sultans and the scholars. While the ulema as the “heirs of the prophet” had the training and tools to interpret the texts that gave the ultimate legitimacy for any political regime, the rulers held the purer sovereignty of coercive power. Sovereignty was further dualistic in the sense that “siyassa shariyya” recognized not only the divinely revealed law, but also the need within the Sharia for the Sultan to have a wide berth to set policies of governance. However, March’s statement that “crises of legitimacy are habitually decided in the favor of the sword” gives somewhat short thrift to the very real power of legitimization that the ulema held and would weld when needed. March closes the chapter by noting the contrast between how pre-modern mufasirun (exegetes) understood verse 2:30 and contemporary interpretations. While there were naturally several interpretations, given that the “people” usually figured very modestly as an actor in Islamic political thought, the verse was not utilized to justify the “Ummah’s political sovereignty over its rulers and custodianship of the Sharia.” (p.37)

The third chapter covers how this system collapsed and the intellectual debates it engendered as the Caliphate was abolished and modern states established. Nonetheless, March sees this historical juncture not as a sharp break, given that states had already been modernizing for some time, but rather a transition from reform of existing political structures to mass movements in a world of nation-states (p.40) Having laid this historical background, the next three chapters of “Caliphate of Man” focus on important Islamist intellectuals who represent slightly different understandings of sovereignty. Specifically, the next two chapters cover representatives of what March terms “high utopian Islamism,” rather than the usual problematic “fundamentalism,” to refer to the historical moment when Islamism’s main rallying call was God’s exclusive sovereignty.

The first of these figures is Abu al-A’ala Mawdudi. Chapter 4’s main argument, and one of the book’s most interesting ideas, is that “divine sovereignty and popular sovereignty are less antagonistic principles of modern Islamic thought than mutually constituting commitments.” (p.92) Mawdudi’s political theology begins from man’s desire for domination and sovereignty, that is, to command without being questioned. However, for man to do so is to set himself as a god. The first hint at Mawdudi’s populism, therefore, emerges as this doctrine naturally entails humanity’s right to revolt against any usurper of God’s divine right to rule. God may not directly rule here on Earth, but has bestowed his sovereignty not upon one person (say the ruler) or their office, but rather the entire Ummah. Therefore, while March concludes that Mawdudi’s “theo-democracy” ultimately leans towards anti-democratic elements, he still represents an important turn toward deepening populism’s theological foundations in Islamic thought. (p.98)

In Chapter 5, March moves on to the controversial Sayyid Qutb. March deploys Rawl’s theory of a “realistic utopia” to describe the overall contours of Qutb’s project. A realistic utopia refers to the best possible political system we could hope for and, as such, carries both its own justification and realistic feasibility. (p.121) For Qutb, the Sharia’s feasibility derives from its harmony with human nature. Time and again, Qutb focuses on how the Sharia is immensely practical, not only because it speaks to man’s innate nature (fitra), but because it also takes humans as they are in the most prosaic sense. It is within this context that March argues we should read Qutb’s constant references to the salaf, or the first pious generations, not as an unreachable “Golden Age,” but rather an actual real-world example of the collective pursuit of virtue. This harmony between the Sharia and human nature means that, therefore, not only would any human in the right political conditions pursue virtue, but the Sharia would be the law they would give themselves. As such, we can understand how the turn to divine sovereignty is simultaneously both anti-democratic and radically populist. (p.152)

In Chapter 6, we move to the penultimate chapter and heart of the book. The chapter centers on Rashid al-Ghannushi, the intellectual in exile for two decades before becoming the party leader of Tunisia’s Ennahda in the wake of the Arab uprisings. Ghannushi is widely credited for helping the young democracy be the Arab uprisings’ only success story so far. Ghannushi is influenced by both the earlier tradition of constitutionalism and “high utopian Islamism.” Ghannushi’s thought begins from the human being’s special position of dignity as God’s “deputy” or caliph. Crucially, that dignity and its social implications cannot be negated even by rejecting God. It is this account of an Islamic human rights theory that lies at the basis of Ghannushi’s theory of Islamic civil society which allows for the participation of non-Muslims. The fact that that this Islamic “social contract” pre-exists any political arrangement also means  Muslims can adopt significant democratic elements without having to fall back on the nation-state’s brute power.  For Ghannushi, “Islamic democracy” therefore may have even stronger foundations than in liberal democracy. In this democratic republic of virtue, all political offices are civil in nature and derived from popular authority and the executive authority faces significant constitutional limitations. Therefore, Ghannushi sees the first guarantee for public freedoms in an Islamic society as the fear of God. However, March argues that ultimately this presumption of moral unity is, in fact, the theory’s greatest weakness.

The final chapter’s title notes the major challenges faced by the Islamic democracy model, the first of which is its ideological alternative of neo-traditionalism (a quietest alliance between official religious bureaucracies and authoritarian governments) patronized by the UAE-led counter-revolutionary coalition. However, the far greater danger to Islamic democracy can be seen in the degree to which Ghannushi himself has been post-ideological while sharing power after the Arab uprisings. March points out that this is not a clean break, but rather the considerable degree of pluralism in Ghannushi’s thought has long meant a coexistence of “Islamic democracy” and “Muslim democracy,” that is, Muslim participation in liberal democracy usually under the vague claim of representing “Islamic values.” March closes the book by suggesting that the vast set of forces arrayed against Islamic democracy, not least of which is modernity’s irreversible moral pluralism, means that the only option ahead of Islamism might be to move towards a post-state and post-sovereign future rather than relying on the “fantasy” of sovereignty.

There is much to recommend the book. The second chapter, for example, is one of the best summaries of the classical Islamic political system. Furthermore,  March’s treatment of Qutb and Mawdudi as serious political thinkers while himself a committed liberal is commendable and a far cry from the vast majority of literature on Islamism. However, the price he pays for focusing on these thinkers in depth is that he doesn’t show the full range of canopy of Islamist thought. Specifically, even though the Arab uprisings open and close the book, and several chapters lay the historical background in constitutionalism and populism, the model of “Islamic democracy” itself is only devoted one chapter. Rather than jumping straight from Qutb in the 60s to Ghannushi, it would have been useful to have more context for the thought and events in between. How did Islamist activists and intellectuals in the 70s and the 80s respond intellectually to the excesses of high utopian Islamism and did they play an intermediate role to Islamic democracy? Yusuf al-Qardawi, Hassan al-Turabi, Muhammad Imara and Salman Al-Oudeh are all thinkers who come to mind. Finally, I do not find enough time to have yet eclipsed to write an “obituary” for neither the Arab uprisings, nor Islamic democracy. The uprisings may yet be akin to something like the French Revolution, a multi-decade process with numerous reversions. These though are mere quibbles considering the book is indisputably the product of years of careful scholarship. Andrew March’s command over political philosophy, Western and Islamic, means that his genealogy of the thought that made the Arab uprisings possible and perhaps impossible is one of the best books on Islamism as political philosophy. “Caliphate of Man” is highly recommended for anyone seeking to understanding one of the most important philosophical justifications of the Arab uprisings.

Thomas Parker is currently an MA student in Civilization Studies at Ibn Haldun University. His academic interests include Ottoman History, Islamic studies and Islamic political thought. He has published in forums such as the Maydan and TRT World among others.