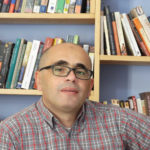 The Battle for Syria contends that no solid understanding of the ongoing mayhem in Syria is possible without an equal consideration of the country’s internal and external conditions. Most studies on Syria focus on the internal structure of the regime: its sectarian components which allegedly makes it ‘coup-proofed’. However, Philips’ contribution highlights how that internal structure has no totality of its own, hence how foreign players had a decisive role in extending the life of the civil war. Equally central in understanding the post 2011 quagmire, Philips notes, is the regional players’ swollen assumptions regarding the US’s willingness to commit to ousting Assad. Initially, these players’ overestimation of US hegemony has been decisive in fueling the conflict and later in escalating the violence. The failure in toppling Assad has also emboldened both Russia and Iran to be more aggressive and imposing during peace talks.

Why the Syrian civil war has been lengthy and costly? The book rests on the assumption that the Middle East has transited into its post-American era. Unlike the times following the fall of the Berlin Wall during which the Middle East was a top US priority, the Syrian crisis (post 2011) finds the US’s attention somewhere else. Counting the pros and cons, the Obama administration did not want to commit. However, all foreign governments with stakes in the Syrian crisis, some of whom are the US’s strategic partners: Qatar, Saudi Arabia and Turkey, expected the US to repeat the Libya scenario. When that did not happen, they showcased a serious lack in building strategies as their respective improvisations have addressed short-term goals only. Philips is convinced that several of such patrons were both right and wrong in expecting US’s intervention. They were right because Obama sent ambivalent signs, the most explicit of which is ‘the red line’ warning. And they were wrong because from the start, the US ambassador, Robert Ford, repeatedly insisted that his country was not going to intervene. And when it finally did, it never intervened in a way to replace Assad. But Ford’s warnings were quickly dismissed by the opposition activists and their backers in Doha, Riyadh and Ankara because all these players were still captured by US string of interventions during the 1990s and 2000s. Philips convincingly argues that the much-mediated Washington’s famous ‘red lines’ has been only rhetorical since the US lacked a strategy to back up its threats.

Indeed, this disengaged US policy did not result in limited or easily contained damage. Far from that, it has been behind the slow metamorphosis from the peaceful demonstrations to the brutal repression and, later, to the escalation of violence reaching its tragic heights with the rise of ISIS. For Philips, all parties—including Assad’s Syrian contestants—have blood on their hands, because they were unable to note the obvious that Obama had been elected to reverse his predecessor’s Iraq mayhem, and thus could not be dragged into a war against a regime on which he had not enough intelligence. (27) In consequence, expecting the US to repeat what it had just did in Libya has been a fatal miscalculation, a projection of fantasies which worked in only lengthening the violence. Contrasted against their March 2011 objectives, Philips concludes that all parties have lost. The ousting of Assad has been deterred by both Russia and Iran and is now (10 years since the start of the conflict and 5 years since Philips published his findings) growing pathetic and irrelevant. The demands of freedom and dignity have been largely bypassed by the events and the lucky activists that survived the brutal repression have been either driven out of the country or become radicalized. Given how the peaceful uprising has degenerated into unspeakable levels of violence, a civil and prosperous Syria is more challenging to put in motion now than in March 2011. The Russians have regained some of the Soviet glory but not without a cost. Ever eager for curtailing both Saudi Arabia and Israel, Iran seems to be achieving some midterm objectives from backing Assad rather than long-term ones. It is not evident for Philips when will Turkey, Qatar or Saudi Arabia relinquish their trial-and-error maneuvers underneath their respective policies.

As the post-American Middle East has ushered in, the regional powers have been caught unprepared to assume what seems like vacant leadership roles. And until US allies leverage enough of their influence capital by convincing their respective Syrian patrons to build consensus and put an end to this senseless ‘war-of-all-against-all’, the Syrian civil war will stay raging. But until that happens, Philips notes that so far (by early 2016 when he was finishing the book), no party is hurt enough from bleeding to register an urgency in genuinely discussing a solution.

In addition to an introduction and conclusion, the book follows its claims in nine well-connected chapters, leading the readers from before the early weeks of March 2011 to the current quagmire (until 2016). Following the ways in which the events have been unfolding, each chapter sheds light on an aspect of the crisis and its evolvement.

Chapter one accounts for the effects from the perceived decline of US’s role in the Middle East. Chapter two traces Assad’s inability, unwillingness or that confusing mixture of both in containing the protestors’ demands for reform. Chapter three recalls the US early response in urging Assad to lead reform. No international player was in a rush to call for Assad’s removal, despite the brutal repression (p. 65). Chapter four zooms in on Qatar, Saudi Arabia and Turkey’s underestimation for Assad’s capacity to resist pressure. Unlike the previous one, Chapter five reads in the three powers’ overestimation of the Syrian opposition (before the militarization) to organize a reliable alternative. Chapter six reads into an ever-more damaging overestimation, that of the rebels’ capacity to unite and drive Assad out. The Syrian rebels were often free agents; they used to play their doners against each other to pomp up money and resources. Chapter seven explains why both Russia and Iran could not just let go of Assad. Both have invested politically and financially in Syria and like the other international players expect a repay. Chapter eight, most likely the gist of the book, explains how the US inaction after the alleged deployment of chemical weapon in September 2013 has escalated the brutality to a scale unreached by that point. Chapter nine explains how the descent into what looks like a senseless chaos has been a logical result of chasing short-term policies characterized by a serious lack of knowledge of the inner workings of the Assad’s regime and Syrian society as a whole.

From the start, Philips does not claim to be a historian. He states that his endeavor subscribes to research in International Relations. He relies mostly on first-hand interviews and secondary open-source materials. Some of his interviewees—he specifies—asked to remain anonymous though. His approach is nuanced and convincing; it strictly follows the sequence of the events as they were unfolding. One easily notes a consistent mass of data that are organized to dispel myths and question biases. Readers find, for example, that Bashar Assad, and contrary to rampant views, is not the lacky or l’enfant gȃté, the manipulated stateman who lacks agency and accepts dictations from his closest security bodies and henchmen. Philips underlines convincingly a complex portrait, never to endear him or abscond him from the atrocities committed in his name but to encourage constructive reflections regarding possible venues for ending the mayhem. If anything, the portrayal will be of particular interest to historians and, above all, to theorists as Assad, more than anyone else, helps us grapple with Clausewitz’ concept of total war in the twenty-first century.

Published in 2016, The Battle for Syria is an attempt to an unbiased encounter with the quagmire. Without the likelihood of a resolution in the horizon, Philips closes the book with what reads almost as a plea for statemen and diplomates—to put aside their inflated egos and pathetic miscalculations. Philips’ contribution is still to be found of special interest against reductive understanding and lazy portrayals of the Syrian turmoil. But that plea registers with readers almost like wishful thinking, an idealist projection on a materialist reality that never in the least cares how or what we wish no matter how noble or vicious.

In conclusion, Assad is still in power never because he is lucky to have inherited a coup-proofed regime. A regime is never an independent totality operating on its own. Rather, the intensity of its connections, alliances and, most important of all, its mode of production decides if it is tenable or not. However, Philips’ conclusion regarding Assad’s impenetrability, foreign governments’ lack of credible intelligence or the deteriorating role of the United States is not enough to explain the full picture. The cost of intervention may have deterred Obama, but that explanation should be taken with caution. Perhaps the US role is diminishing but the question is never the simple sharing of bills among allies. The United States’ allies cannot step into leading roles not because they have shown an endemic lack of a strategy, as Philips argues, but rather because they are aware that the system upon which their aspirations sit is foundering. It is indeed deadly costly, not for any power to tip the balance of power in favor of Assad or his contestants, but most importantly to expect some long-term gains from doing just that. Philips’ ambivalences resurface at those instances when he seems to blame crony capitalism for inflating the crisis and the overall foundering of capitalism (p. 17). However, the distinction between crony capitalism and capitalism proper subscribes to the Hegelian law of necessity in a given context.

Certain glitches aside, Philips’ nuanced account of the Syrian crisis remains an asset to the reader. The reading of the events and the extended background stories de-anesthetize audiences from the numbing effects of newsrooms and social media, readying them for an unorthodox encounter with the foundation of the political economy as it rests solely on the hunt for profit. When actors take the laws of the market economy for granted, the Syrian crisis is likely to stay. Leaving aside his conclusions, Philips’ mode of analysis is sharp and unbiased, showcasing the world slowly metamorphizing beyond the post-1945 order. Instead of expecting Russia to step in and play bipolar role that the Soviet Union used to play, Philips’ exploration points towards an unorthodox alternative. If all states (the US included) fail to exert enough leverage on their patrons leading in miscalculations that has lasted over a decade now, and if their action or inaction has only translated into instantiations of barbarity, the logical conclusion then is that states are turning inexpedient.

Fouad Mami is a Professor of English at the University of Adrar (Algeria).