Riyadh Arrests the Sheikh It Most Fears 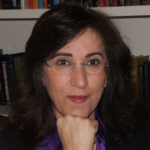 Twenty Islamists were arrested Sunday in Saudi Arabia for no reason that was obvious at the time. It later turned out to be a general clampdown that resulted in the detention of Sheikh Salman al-Awdah

Awad al-Qarni, Ali al-Omari and many others. While many of the detained have  followers in Saudi Arabia, Sheikh Salman al-Awdah is a preacher who has reached global audiences. He has a media empire that reaches millions around the globe. He has more than 16 million followers on Twitter and his YouTube clips are watched by thousands around the Muslim world.

He first came to be known in the early 1990s when he was preaching in his home town Buraiydah. He was among the first Saudi preachers to move beyond ibadat, the Islamic rituals and how to conduct them. He also offered his views on politics, which has since become a crime in Saudi Arabia. During the Iraqi invasion of Kuwait, he preached sermons critical of the government for inviting around 500,000 foreign troops to defend the country and liberate Kuwait. Sheikh al-Awdah was immediately arrested and was only released in 1999.

Since then he has returned to his preaching. Given his popularity, the government sought to use him in its battle against jihadis in 2003. Consequently, he was enlisted to help deradicalize young Saudis, mediate between the government and the jihadis, and offer nuanced interpretations of Islamic texts. Several jihadis were convinced to give themselves up after his mediation. He must have saved lives as a result of his effort to preach against killing innocent Muslims and others.

But despite his cooperation, the government has never trusted al-Awdah. His wide outreach, increasing popularity, and modern Islamic messages on his media channels, website, and YouTube have made him too big to ignore. The Saudi regime has little tolerance for any charismatic religious scholar, academic, or activist who becomes too big to contain.

Although al-Awdah was suspended from his lecturing at his local university, he continued to be an independent preacher. It is this independence that most worried the regime. But most importantly, al-Awdah’s thoughts are troublesome for an absolute monarchy that claims to rule according to God’s law.

Three aspects of al-Awdah’s thinking are dangerous in a country where only loyal Salafis preaching unconditional obedience to the rulers are tolerated.  First, al-Awdah is a charismatic figure who appeals to a certain type of Saudi. His followers are young aspiring middle-class people, mostly university graduates searching for an empowering Islamic discourse. They are close to their Islamic tradition but are disappointed with the predictable preaching of the traditional Salafi ulama. Al-Awdah tackles a wide range of topics and provide Islamic answers to many different questions from those on relationships between men and women to the rights of immigrants, racism, and citizenship, al-Awdah can offer interpretations that anchor the topic in Islam but also in modernity.  The combination seems to appeal to modern young people in Saudi Arabia.

Second, al-Awdah is a Salafi of a different type. His Salafism offers a reinterpretation of foundational Islamic texts to offer the opportunity for an Islamic awakening.  In this Islamic awakening, there is ample space for modern concepts such as human rights, civil society, national elected assemblies, and eventually democracy to emerge. Hence, the regime in Riyadh trembles when al-Awdah combines Islam and political modernity. When this is done by a local Salafi Sheikh, the regime feels the heat rising. Had al-Awdah been a Westernised liberal Saudi preaching democracy as practised in the Court of St. James, the regime would not have bothered to arrest him. It is because al-Awdah speaks the language of local Salafis but infuses it with modern concepts that he has become seen as the most dangerous preacher in Saudi Arabia.

Third, al-Awdah combines in an intricate fashion a sense of mild nationalism and strong Islamism, two discourses that the Saudi regime prefers to remain separate and opposed. Al-Awdah preaches equality among Muslims but also infuses this with a certain pride in his Arab heritage as a citizen of the Arabian Peninsula. His nationalism is a mild non-chauvinistic brand that carries pride and responsibility rather than racism and arrogance.   As he recognises that “we are all descendants of Adam”

and “we are all from mud”, he calls for naturalising immigrants who have known no other homeland but Saudi Arabia. His nationalism is not parochial and elitist but it comes with a sense of duty and responsibility. Views such as these are not considered acceptable in Saudi Arabia.

Finally, al-Awdah is not simply a local mosque preacher. He is a tough fighter who never gets tired of debate and confrontation. His global outreach and popularity  among Muslims worldwide annoys the Saudi regime. His messages are often directed to all Muslims rather than simply his Saudi audiences. From the perspective of the government, al-Awdah is a global figure who needs to be put back in his place. The regime does not tolerate competition, even from preachers.

In the past, al-Awdah was attacked for allegedly supporting terrorism and encouraging Saudis to seek jihad abroad, for example in Iraq in 2003. Al-Awdah was a fighter who would not accept such accusations. He took Saudi newspapers to court and emerged innocent. He also showed himself to be strong when he faced injustice, arrest, and even torture in prison.

These are the main reasons behind his popularity. But they are also reasons for his enemies to hate him. In addition to the Saudi regime, Saudi liberals detest al-Awdah as they think he is a radical in disguise. They fear his modern Islamic discourse as a camouflage for stricter rules over their lives. Official journalists continue to tarnish his reputation and attack him on the pages of the Saudi press.

Jihadis too dislike al-Awdah and throughout the 2003–2008 wave of terrorism throughout the country, several jihadis accused him of betraying the cause of jihad. He never paid any attention to such criticism. Instead, he continued with his mission to preach and educate the people in matters relevant to this world rather than the afterlife, which is a preoccupation of most loyal Salafi preachers in Saudi Arabia.

For these reasons, al-Awdah will go down in the history of Islamism in Saudi Arabia as a tough preacher who cannot be easily bought off or marginalized. This round of arrests will increase his popularity and make him stronger.