THE DEEP STATE CONSUMES ITSELF 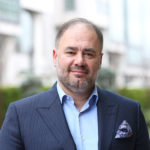 Eight years ago this month, the Egyptian people ousted their long-ruling, aging autocrat Hosni Mubarak from power. People were jubilant, hopeful and forward-looking in Tahrir square. This was a rare moment: ever since the advent of modern state system, turning points in Middle Eastern political history have been mostly those of despair. Moments of hope has been infrequent, not to say exceptional. The fall of Mubarak, and the Arab Spring in general, was one such rarity – a victory of people from all walks of life. Unfortunately, this bright moment of hope was followed by a counter-revolutionary deluge, as a result of which the Arab World is more dangerous and stifling today than in any moment in its recent history.

Historical and chronological accounts of the Arab uprisings are clear to everyone by now. Yet, the meaning and nature of the Arab Spring are still contested and retrospectively open to reconstruction. “What did these uprisings represent?” cannot be easily answered. The answer to this question has acquired the function of a litmus test. One’s answer indicates where he/she situates herself/himself in the contest between people and power and regimes and societies in the region.

On the formative and transformative sides, these uprisings resurrected a new imagination and a new political psychology. They empowered people and ushered in a new period of idealism. The underlying assumptions of this idealism were as follows: The youth, equipped with new imagination, are capable of reshaping the Arab state, giving it a substantial level of democratic legitimacy and providing it with adequate tools of good governance.

This idealism was soon faced with the wrath of the Arab deep state and forces of the counter-revolution. The deep states of the Arab World had, and still have, two components that have enabled them to survive the idealism of the youth: Control of totalitarian security apparatuses and broad international support. These were the competitive, if not decisive edges that the old regimes have had over the Arab Spring forces.

Despite their initial triumph, the counter-revolutionary comeback wasn’t smooth for the Arab deep state. Apart from dealing a blow to the Arab youth’s new imagination and idealism, the same comeback also represented a fatal destruction of the Arab state itself, along with its claim to legitimacy. To prevent change, they had to employ ever more extreme means of repression and destruction.  Executing one of the bloodiest moment of modern history, Sisi’s regime had to massacre [theguardian.com] 817 protestors in Rabaa in 2013. Between August 2017 and August 2018, 230 cases of enforced  disappearance have been documented [hrw.org] in Egypt. Emboldened by this new spring of authoritarianism, Saudi Arabia has cracked down [hrw.org] on all forms of human rights advocates, particularly on women rights advocates.

Yet the extreme despotism of the Arab state has only speeded up its deconstruction, decay and collapse. These measures led to an era of terror with consequences for the very essence of the state. Civil wars, migration of capital and people, lack of confidence in the future, and extreme poverty have become hallmarks of this new chapter in the Middle East’s history. These are untenable. The deep state’s success in interruption of the Arab Spring came at the cost of destroying itself.

This self-destruction of the Arab deep state creates an opportunity for a new political vision and imagination, which can be further nurtured by political maturation of the Arab Spring forces and international support.

At home, one of the essential components of the political maturity is coalition-building across the ideological and identity-lines. Forces of the Arab Spring should realize that these revolutions didn’t have one color and they weren’t in the possession of any single group. Instead, the Arab spring was a collective public good of the Arab people. Its strength and vibrancy came from its colorfulness and inclusivity. The diverse and inclusive spirit of these revolutions on the streets need to be reflected through consensus and coalition-building at the political level.

And abroad, the international community should realize that the Arab Spring wasn’t a mere flash in the pan. With the new imagination and sentiment that these uprisings have generated, the Arab Spring is already transforming the political and societal scene in the Arab world. It made the despotic regimes more fragile and fearful than ever before. The Egyptian regime’s recent ban [theguardian.com] of the yellow vests, after the protests in France, shows how paranoid and insecure these regimes have become, a glaring difference between pre and post-Arab Spring authoritarianism in the region. Yet, no matter how destructive, repressive and cruel they are, no authoritarian regime can put this genie of transformation back into the bottle. The value, norms and, indeed, interests of the international actors would be better served by supporting the process of change in the Middle East.

This article was first published by NewsWeek

President of Al Sharq Forum & Former Director-General of the Al Jazeera Network. He is a board member of the International Crisis Group and Global Editors Network (GEN). Khanfar has been named as one of Foreign Policy's Top 100 global thinkers of 2011 as well as one of Fast Company's 'Most Creative People in Business' of the year.