Dmitri Trenin, What Is Russia Up To in the Middle East? 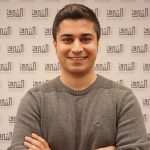 In ‘What is Russia up to in the Middle East’ published in 2018 by Polity Press, Dmitri Trenin, Director of the Carnegie Moscow Center, takes readers on an encompassing journey toward Russia’s motivations to get involved in the Middle East. He enlightens readers from a non-ideological perspective and introduces readers to new additional elements to help them better understand drivers and motives of Russian foreign policy in the region.  Analysis often attempts to decode the involvement of Russia in the region within the context of the Russian rivalry with Europe and the United States. Alternatively, Trenin puts weight on the historical roots of Russian interactions in the region in addition to global competitions and provides a more comprehensive framework that enables readers to better interpret what Russia is up to in the Middle East.

The book consists of four chapters, starting in chronological order with the legacy of the Russo-Turkish war, the Russian Empire’s push into Persia, and the Soviets’ intentions  to ally with non monarch leaders of the Arab world, namely Nasser, Sadat, Gaddafi and Saddam to create a balance of power against the United States of America and its allies in the region, during the cold war. In the second chapter, Trenin brings a theme-based analytical point of view to examine the Russian vision of war focusing on Russian military intervention in Syria, which began in September 2015. Moreover, in the third chapter, he introduces readers to the Russian diplomatic practice of following its interests by engaging both sides of confronting camps, including Iran-Saudi or Israel-Palestine in the region, simultaneously. The last chapter provides an overview of the economic importance of the region for Russia as a market for arms trade as well as potential co-operating partners with energy rich countries including, Saudi Arabia, Iran and Qatar to regulate the hydrocarbon energy markets. Furthermore, Trenin uncovers Russia’s ties to spiritual holly lands in Israel for the new traditionalists minority in addition to Jewish Russians in Israel and the importance of the Arab world for the Muslim population in the country.

The author provides a deeper comprehension of Russian motivations behind its comeback to the region after 25 years. Russia seeks to restore its international prestige as a superpower through its recent activism. However, President Putin is not aiming to confront the United States after years of being absent from the global scene as Trenin indicated that Russia has ‘no interest, no resources, and no intention’ for it. (p.2) Rather, Russia demands ‘respect and cooperation’ from the United States. After the removal of Gaddafi from power in 2011, Syria became a “red line” for Russia that drove its military intervention to back Assad, as one of its classic Arab republic allies. A key argument in Trenin’s analysis of Russian relationships with states in the region is to undermine its interest-oriented policy when it comes to ‘managing relations with states competing for regional power: Turkey, Iran, Israel, Saudi Arabia, and Egypt’. (p.135) According to him, Russia should prioritize ‘cooperation with regional and global partners’ by providing Russia’s Syria dialogue with Turkey and Iran. Trenin indicates that Russia can be a key player in other regional conflicts including the Israeli-Palestinian peace process as a powerful actor holding good relations with both sides.

Trenin aims to provide a snapshot of how regional order is going to be shaped under Russian influence with respect to its power struggle with Europe and the United States of America. On the other hand, Russia has tried to create an equilibrium with China, ‘neither Western nor Eastern’ Russia ‘sees itself as a major single unit unto itself with global connections and freedom of actions’ (p.138) Yet, Russia has its restrictions to implement its desired policies. Its weak ‘economic and financial ability’ in comparison to other major key players, limits its ability to get involved in the region. The author puts emphasis on Russia’s demand to improve its economic and technological development and boost scientific potential to address its needs, both globally and domestically.

A great work of empirically rich analysis, this book can be seen as a reliable resource for followers of the topic by providing an alternative point of view on Russian foreign policy. Within the related literature, analysis often falls on the error of the ideological framework towards Russian foreign policy and reframing Russia’s approach towards the region with the very same dynamics that were applicable within the context of the cold war bipolar environment. Moreover, it is often miscalculated that Russian involvement in the region is merely a reaction to western power’s involvement in the region. Trenin has been able to bring attention to Russia’s long history of involvement with regional actors and as a consequence of that, he undermines Russia’s own motivations rooted in centuries of history, to play an active role in the region.

Nevertheless, the author could enrich his approach by also taking into consideration regional actors’ perspective of Russian involvement. Despite ongoing dialogue between Russia, Turkey, and Iran, memories of Russian wars with the Ottoman Empire are still fresh. Moreover, the public pessimism of imperial Russian intervention in Iran is not muted. Iranians still blame the loss of a big portion of their land to Russian intervention and furthermore, the Russian occupation of the northern part of Iran is still not forgotten. Russia is still not welcomed in Afghanistan and public opinion in many Arab republics still resist and blame foreign involvement in their affairs for much ongoing turmoil today. These are all potential obstacles for Russian involvement in the region. Therefore, regional resistance could be included as an element in his analysis.

Overall, Trenin has brought a valuable guideline to understanding Russian motivations that orients readers with insights into the question: what is Russia up to in the Middle East? The book has an influential tone and does not require prerequisite knowledge of the subject. His analysis can be considered as an alternative point of view to Russian intentions in the region and a perspective that enables us to examine Russia’s future policies, as one of the undeniable factors in regional equations. Being aware of limitations in his work, Trenin successfully provided a professional and realistic piece of work for readers that can be appreciated by those who are interested in what Russia is up to in the Middle East.

Saman Madadi did his research internship at Al Sharq Forum in 2018. He received a B.A. from the Department of Political Science and International Relations at İstanbul Şehir University. He continued his education at the John Molson School of Business in Montreal, and he is currently improving his knowledge in business and finance at Seneca College of Applied Science and Technology in Toronto, Canada. His main research interests include political economy, energy politics, oil, and the gas market with a focus on the MENA region.