Democracy and the Great Pestilence

Democracy and the Great Pestilence 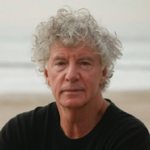 Our world has been ravaged many times by pestilence, yet every season of disease is a life-pounding moment when normality flounders, anxieties flourish and thoughts turn darkly inwards. Pandemics tear apart old habits. They break hearts. People grow fearful. Death looms. Certainties are tossed to the wind. In their guts, people feel the need to rethink things afresh, as I now do, compulsorily quarantined, marking off the days and nights, counting myself lucky that I managed to escape unscathed the current pandemonium in the United Kingdom and, a few months earlier, an extended stint of teaching in Wuhan, ground zero of the Great Pestilence now upon us.

Amidst the pain and panic, people naturally want to make sense of things, so what can we say about the causes, effects and historical significance of this Great Pestilence? Some answers are already squarely on the table.

Plagues typically strike without warning, but this one, though sudden, is different in several important ways. Most obviously, it teaches us that riders of pale horses don’t always appear after wars, as was the case in the ill-named 1918-1920 Spanish flu, a pandemic that more likely began in Kansas and later infected an estimated 500 million people, at the time one-quarter of the world’s population. Our Great Pestilence is a product of peacetime, which is one reason why initially it bred complacency, and denial. More than a few politicians and millions of citizens still don’t believe it is happening. Dogged in their stupidity, thinking only of themselves, they are sure that it’s all a hoax, or a media-hyped exaggeration whose falsity will soon be exposed. It’s as if they have a secret attraction to the pestilence – perhaps even, as Charles Dickens suggested in A Tale of Two Cities, a weird passing inclination to succumb to the virus, or watch others die of it.

In this new pestilence, the scapegoats are also different. Thousands of Jews were murdered after being accused by municipal governments, bishops and the Holy Roman Emperor of spreading the bubonic plague in mid-14th century Europe. Jews were again targeted in the first recorded speech of Hitler, delivered in 1919 in Munich’s Hofbräukeller, where they were accused of ‘lust for money and domination’ and spreading ‘racial tuberculosis among nations’. Today’s targets have not yet included on any scale Jews, or black or indigenous people. Disabled citizens, the poor and LGBTI people have been spared. So far, all these groups are lucky.

It may be that the ‘democratic’ qualities of this highly contagious virus, its remarkable ability to strike down every person indiscriminately, anywhere, sweeping up the likes of Harvey Weinstein, Boris Johnson and Prince Charles, reduces the scope for stigma. Perhaps civil societies of the old democracies of our generation have learned lessons about the importance of remaining civil. Time will tell, even though there is already troubling evidence that the first poisonous fruits of prejudice are beginning to ripen.

Senior citizens in several countries are now the target of triage policies designed to take pressure off overloaded public health care systems; there are even eerie public suggestions, notably by Texas Lieutenant Governor Dan Patrick, that ‘grandparents’ should be willing to sacrifice themselves for the sake of jobs and economic growth. India’s mainstream media is running stories blaming Muslims and their mosques for spreading the virus and plotting terrorism. A noxious new Orientalism is in its early stages. In London and Brussels, Copenhagen, New York and other cities inflammatory talk of the Chinese virus is backed by the verbal abuse and beatings of Chinese people, simply for doing the right thing by wearing a mask in public, or just for being Chinese. 5G mobile phone masts in the United Kingdom are vandalised and telecoms engineers are abused by conspiracy activists sure that bandwidth improvement and the virus are joint Chinese government plots to capture the country. Hateful memes and snide slurs against Asians more generally are spreading through platforms like 4chan, Gab and Telegram.

In a foul twist of fate, Orientalism goes viral in the East. #ChinaVirus trends on Twitter in India, where gurus say publicly that the people of China are being ‘taught a lesson’ for ‘torturing animals’ and drinking bat soup. More than a few Indian voices affirm that the pestilence is a bio-weapon used by the Chinese to secure their global dominance. At the United Nations Human Rights Council, the chair of the All India Bar Association and president of the International Council of Jurists, Dr Adish Aggarwala, has launched a case against China’s commitment of ‘grave offences against the humanity throughout the world’. From inside China (friends there tell me), there are racist mutterings alleging that the virus originated in the United States. There are even Chinese whispers suggesting that salad-eating Westerners are to blame for the continuing spread of the virus. Like hot potatoes that warm the hands of people who quickly pass them on, such canards do more than lend new meaning to the old phrase salad days. They send gado-gado-loving Indonesians and Thais who fancy green papaya salad into paroxysms of raucous laughter.

John Keane is Professor of Politics at the University of Sydney and at the Wissenschaftszentrum Berlin (WZB). He is the co-founder and director of the Sydney Democracy Network (SDN). He is renowned for the introduction of the term monitory democracy in his influential book The Life and Death of Democracy (2009).