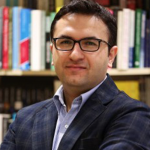 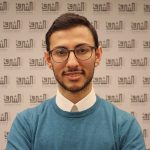 Introduction: On February 10, 2019, the ageing and ailing Algerian President Abdelaziz Bouteflika, who had ruled the country since 1999, declared his decision to run in the upcoming presidential elections in search of a fifth term in office. This fateful decision created widespread discontent in Algerian society and on February 22 triggered the outbreak of a massive wave of protests, known as the Hirak movement. As this movement rapidly gained momentum, Gaid Salah, the Algerian Chief of Staff and Vice Minister of Defense, declared that the president had lost the authority to rule the country on March 30 and invoked Article 102 of the Algerian constitution. The article regulated the incapacitation of the president which stipulates the removal of the president if they become unfit to rule either for medical or other reasons.

Gaid Salah’s statement clearly indicated that the military, as the real powerbroker of Algerian politics, had withdrawn its support from Bouteflika. Consequently, on April 2, Bouteflika resigned and was replaced by the President of the Senate with the mandate to prepare the road for new elections. In Bouteflika’s resignation, the immediate aim of the protests had been achieved, but protestors insisted on capitalizing on that moment to force through comprehensive systemic change. Many protestors remained in the streets demanding the ousting of what they called ‘le pouvoir’ (the power)—a group of people, mainly military and affiliated civilian elites, who wielded real power mostly behind the scenes. Hirak has thus become a leaderless movement which crisscrosses the ideological and ethnic lines in Algerian society and brings together all groups demanding a qualitative political and social change.

İsmail Yaylacı is Assistant Professor in the Department of Political Science and International Relations at Istanbul Şehir University.

Muhammad Amasha is an MA student in sociology, had a BA in political science and his areas of interests include political sociology and sociology of religion.