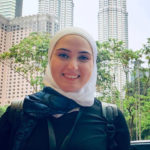 The political history of Sudan since its independence in 1956 can be divided into two phases with distinctive features and dynamics: the first phase lasted from 1956 to the military coup of 1989, and the second phase from the beginning of Omar al-Bashir’s rule in June 1989 until the popular uprisings that unseated him in April 2019. The first phase witnessed alternating periods of civilian and military rule with a clear predominance of military dictatorship (Table 1). The two popular revolts that put an end to military regimes in October 1964 and April 1985 led to short-lived civilian governments that collapsed rapidly because of paralyzing political struggles and fatal inefficiency.

Mohammad Affan is the acting director of Al Sharq Strategic Research, the coordinator of Al Sharq Program on Political Islam, and the managing director of Al Sharq Academia. A medical doctor by training, he holds a Ph.D. from the Institute of Arab and Islamic Studies, University of Exeter. Also, he obtained his MA degree in Comparative Politics at the American University of Cairo. His thesis was published in Arabic as a book titled: ‘Wahhabism and the Brotherhood: The Conflict on the Concept of the State and the Legitimacy of Power.’ In addition, he holds a post-graduate diploma in Civil Society and Human Rights from Cairo University, a diploma in Political Research and Studies from the Institute of Arab Research and Studies, and a diploma in Islamic Studies from The Higher Institute for Islamic Studies, Cairo. His research interests include Islamism and democratization in MENA region.

Rawan Hammoud is a researcher at Al-Sharq Forum. She holds an MA from New York University and a BA from the American University of Beirut. Her work focuses primarily on the socio-political transformations in the aftermath of the Arab uprisings.