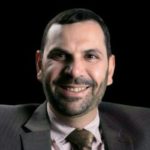 Abstract: The Lebanese uprising or ‘Hirak’ erupted on October 17 2019, with demands revolving around combating sectarianism and changing the political class that has been ruling the country, on the basis that they were the source of corruption and the cause behind Lebanon’s political and economic crises. In spite of the rhetorical acknowledgement Lebanese parties proffered on the popular uprising and its demands, a number of key and effective groups within the regime stood against the Hirak movement, as with the Shi’ite duo (the Amal Movement and Hezbollah), and the Free Patriotic Movement. Others expressed reservations, and avoided direct confrontation, while likely seeking to benefit from the popular movement, as with the Future Movement. Other parties, though few in number, provided the popular movement with unconditional support, as in the case of the Islamic Group (al-Jama’ah al-Islamiya).

The Islamic Group (IG) bears considerable political clout within the Lebanese Sunni community, second only to the Future Movement, but nonetheless without representation on a national level. Its involvement in the popular uprising presented it with the opportunity to rebuild itself as a significant and ascendant political force in Lebanon.

This paper seeks to review the role of the Islamic Group in the Hirak, given its position as the most prominent Sunni political actor that supported the Lebanese popular uprising. The study will assess the group’s response to and engagement with the Hirak, as well as the influence the Hirak had on the Islamic Group and its ties to others within the immediate political climate. The focus is mainly on its relationship with the Future Movement, which represents the foremost political force within the Sunni coalition, as well as its relationship to Hezbollah, the primary Lebanese and Shi’ite political authority with a controversial regional role.

Chafic Choucair is a researcher at Al Jazeera Center for Studies specializing in Middle Eastern Studies and Islamic movements.