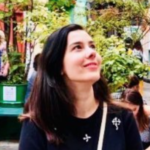 On its tenth anniversary, the social, political and economic repercussions of the Arab uprisings are still being felt across the Middle East. Simon Mabon’s latest book focuses on the historical, economic and political roots of this contestation in the Middle East by putting the notion of sovereign power at the center of the book.

“Houses Built on Sand” consists of eight chapters in addition to an introduction and conclusion. In the first part of the book, Mabon develops a conceptual framework of sovereignty in the contemporary Middle East mostly based on Agamben’s biopolitical account of organization and control of human life. Following this, the author presents a histography of state formation in the Middle East to provide a basis for the state system was established in the face of different developments such as colonialism, pan-Arabism and pan-Islamism. This part offers a good account to understand that neither sovereign powers, nor dissent in the region emerged in a vacuum. Rather, by offering a brief genealogy of the establishment of state systems, Mabon demonstrates the interactions between global, regional and local forces, and the reactions to these exclusionary state formation projects since the Ottoman Empire’s demise.

The following chapters explore the means and mechanisms of sovereign power to control life and ensure regime survival through regulation, cooptation, restriction and banning; the role of religion in political life in the region, and how it provides a basis for state legitimacy as well as a possibility for challenging it; and the significance of the urban environment in political life given that most of the population of the Middle East lives in cities.

The book delves into the Arab uprisings by putting popular frustrations in the historical context of state building projects. It demonstrates how human agency as well as space played an important role in challenging sovereign power. It further provides a productive analysis of how the 2011 Arab uprisings were not an isolated and sole incident of popular dissent, but rather that long-standing economic, political, ideological and social disputes have led people to rise up against states in the Middle East at different times.

Mabon also devotes a part to the counter-revolutionary measures taken by regimes to ensure their survival. Mabon successfully locates how different regimes in the region combine a variety of measures from reform to repression to war machines in the face of multi-faceted popular pressures. The book concludes with an analysis of the impact of Arab uprisings domestically in connection with regional developments, schisms and competitions. The book also shows both the continuities and ruptures in contemporary Middle East politics.

“Houses Built on Sand” has many strengths in its structure, content and sources. The conceptual framework, methodology, research questions and rich data, especially interviews, renders the arguments of the book consistent and convincing. The author’s extensive fieldwork is supported by a critical engagement with the existing literature, particularly via scrutinizing the overstated centrality of the state in Middle East politics. Relying on insights from approaches of Giorgio Agamben, Hannah Arendt, Gilles Deleuze, Felix Guattari, Achille Mbembe, and Ibn Khaldun, Maboon provide a rigorous analysis of state formation in the region.

One of the most important contributions of Mabon’s work is its ability to showcase the importance of agency in shaping state-society relations in the region. The role of agency is often ignored in structural accounts of Middle East politics. Yet, throughout the book Mabon capitalizes on agency without downplaying structural factors. While the book combines history, political theory and international relations, this cross-fertilization of different disciplines successfully puts emphasis on human agency in shaping political outcomes. The author’s extensive comparative framework also strengthens his aims in that regard.

The book also provides a sound example of combining different levels of analysis and highlighting the connection between domestic events and regional developments during and after the Arab uprisings. The uprisings’ geographical spread from Morocco to Bahrain and the regional states’ counterrevolutionary measures, particularly sectarianization, highlights the importance of the regional dimension. The author capitalizes on sectarianization as a survival strategy of the regimes based on securitization, which the regimes accomplish by linguistically framing opposition groups as an existential threat to the state, done along sect-based differences. According to Mabon, a number of regimes, but particularly Saudi Arabia, Syria, Lebanon and Iran, capitalized on sectarianization as a weapon to maintain control and survive in the face of the contestation of their sovereign power following the Arab uprisings. In this process, the impact is mutual as while the regional politics and geo-strategic rivalries form the basis for such moves to take shape based on certain local contingent factors, a given country’s moves towards securitization also impact the regional politics in turn. In this regard, Mabon’s insights and analysis of sectarianization makes for a significant contribution in understanding the interplay between domestic and regional politics in the Middle East.

Another noteworthy aspect of “Houses Built on Sands” is its emphasis on space, particularly urban space as sites of sovereign power and contestation. Mabon does not treat the city as a natural space where events merely take place. Rather, by attaching a political meaning (both physically and symbolically) to the urban space, the book shows how the urban landscape provides the means for sovereign power to exert power by design, construction, exclusion, surveillance and violence. It also shows that the same urban landscape become a site of dissent, challenge, protest and possibility. Therefore, Chapter 5 “Building Beirut, transforming Jerusalem and breaking Basra” brings readers’ attention to the processes of production of space in Middle Eastern political projects.

One of the book’s shortcomings, however, is that is does not provide sufficient analysis of the importance of virtual space for sovereign power to regulate life. Although Mabon briefly acknowledges the importance of virtual space as a site of contention during Arab uprisings (p.170) and sovereign powers’ restrictions on internet (p.185) as a counter-revolutionary measure, the book falls short in explaining how regimes quickly learn to regulate, organize and control virtual space to force certain narratives, identities and ideologies to ensure legitimacy and survival. The insights from digital authoritarianism literature, therefore, can help expand the explanatory power of the importance of space, including virtual space, in the region’s political projects.

To conclude, “Houses Built on Sand” is a good read which presents solid analysis of the contested notion of sovereignty, state fragmentation, regulation of life and space, and various contestations in the Middle East that are shaped by the interaction of local, regional and international actors and factors.