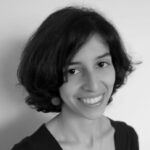 Abstract: The 25th of July has become a highly symbolic date in Tunisia, not only as the anniversary of the first republic’s proclamation in 1957, but also as a date marked by key events throughout the Tunisian transition. The recent exceptional measures announced by President Kais Saied on that date, however, did not come as a surprise, but rather constitute the culmination of the protracted and multifaceted crisis that has affected Tunisia for the last several years. Received with relief by a majority of the people but contested by part of the political class and civil society, the president’s bold move undoubtedly raises questions about the future of Tunisia’s democratization process. This paper will attempt to review the root causes that led to this crisis and to the president’s latest decision. It will also address the possible impact and prospects of this exceptional situation on Tunisia’s democracy.

The 25th of July has become a highly symbolic date in Tunisia, not only as the anniversary of the proclamation of the country’s first republic in 1957, but also as a date most recently marked by key events throughout the Tunisian democratic transition. In July 2013, the assassination of constituent assembly member Mohamed Brahmi dealt a serious blow to Tunisia’s transition, triggering one of the tensest political crises faced by the country and which threatened to derail its democratization process. It was eventually overcome through an inclusive national dialogue and efforts from all parties to compromise and build consensus. In July 2019, the death of President Béji Caïd Essebsi and the peaceful transfer of power to interim authorities until general elections could be held yet again guaranteed the healthy state of Tunisia’s young democracy.

Therefore, the events that took place on the 25th of July 2021 – first the violent popular protests calling for the government’s resignation and parliament’s dissolution, and later the president’s exceptional measures – were received with shock by several foreign analysts. The events opened an intense debate on whether the widely praised Tunisian democracy – the sole survivor of the Arab uprisings – was now under threat. More seasoned experts of Tunisian politics and Tunisians themselves were, however, less surprised. For months, the country’s political, socio-economic and sanitary conditions had been deteriorating with popular discontent simmering. The situation had become so untenable that the question was no longer how it could be solved, but rather when and how the social explosion would occur.

Nedra Cherif is an independent analyst and researcher focusing on the political transitions in the MENA region since the Arab uprisings, with a particular attention on Tunisia, Egypt and Libya. Her research interests also include peace-building, local mechanisms of conflict resolution and reconciliation, and the role of cultural and ethnic minorities in rebuilding societies after conflict. She is a graduate in International Affairs and Political Science from Sciences Po Paris and the European University Institute in Florence.