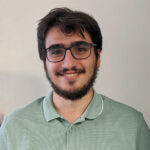 Abstract: The Kingdom of Saudi Arabia has a persistent human capital problem which manifests itself in high unemployment and a low share of nationals in the labor force. The Saudi government has long tried to address this with little success. The plans for diversification of the economy increased the vigor of reforms and obtained some tangible results. Nonetheless, for the future success of reforms, the government needs to change the country’s social contract along with citizens’ mindset. Without political reform, such a complete fundamental change does not seem realistic. Nevertheless, there are interim goals that would mitigate the concerns for the economy’s future.

While the global clean energy transition progresses, the Kingdom of Saudi Arabia (KSA) is still struggling to make the necessary reforms to prepare its economy for the post-oil world.  The most important realm for these reforms is in the labor market, focusing on improving human resources in the kingdom. The recent reforms aimed at diversifying the economy sparked a lively debate on the future of the country’s labor market. The Kingdom faces several challenges to accomplish the transformations it needs to make to survive in the post-oil world. In particular, the inefficiencies associated with human resources in the country present the toughest challenge to the rulers. There is huge youth unemployment and a skill mismatch between workers and firms. The quality of public education is one of the lowest in the world which raises citizens who are underprepared for the labor market. This leads to a very high share of foreign nationals in the labor market.[i] The Saudization policies tried to address this by imposing quotas on hiring nationals, a usual tactic used in resource-rich countries. Although these policies have increased the share of Saudi nationals in the labor force in the private sector from 9% to 22%, they produced unintended consequences harmful to the economy such as decreasing the total employment and volume of exports. These policies did not address the underlying problems related to the skill mismatch between workers and firms.

The Vision 2030 strategy framework has addressed these underlying problems successfully and increased the vigor of reforms. Although Saudi policymakers are determined to fundamentally change the country’s economic conditions under this framework, there are serious roadblocks in the way of a significant transformation. The ambitious goals set by the government are not likely to be reached anytime soon. Likewise, the absence of political reforms would preclude this paradigmatic shift in the country’s social contract. Nevertheless, the government is in a unique position to implement a gradual reform agenda to create a more diversified portfolio of jobs and change cultural attitudes toward the labor market. Although there are mixed results so far in these two tracks, the government’s determination to push for serious reform will be very critical for the country’s stability in the post-oil world.

This article first describes the country’s human resource problem and evaluates the policies directed to this problem. The following section discusses the recent attempts to reform human resources under the strategic framework of Vision 2030. Finally, the paper ends by analyzing political bottlenecks facing the human capital reform and discussing future scenarios using two indicators to judge the reforms’ relevancy.