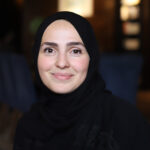 In 2018, students and scholars of Gulf Studies were shocked by news stories reporting that a PhD student from Durham University was charged with spying in the United Arab Emirates (UAE) due to evidence found on his laptop. In the aftermath of his arrest, UAE officials sentenced him to life imprisonment for “being a member of Britain’s spy agency and researching what military systems the Gulf state was buying”. A presidential pardon was granted and Hedges was released on National Day in the UAE.

As Hedges states in the book’s foreword, the material found in his laptop was his doctoral thesis and data obtained from his fieldwork in the Emirates, which analyzed the UAE’s foreign and internal security policies after the Arab uprisings of 2011. In view of this, Hedges’ book Reinventing the Sheikhdom: Clan, Power and Patronage in Mohammed bin Zayed’s UAE is both interesting and impressive, starting from its acknowledgement of a real struggle.

First, it is important to point out Hedges’s foreword, where he highlights a change in the UAE Penal Code, Article 170, which broadens “the definition of secrets related to a nation’s defense” (p. XV). Hedges posts that in the UAE’s penal code (p. XVI), “military, political, economic, industrial, scientific, or social security-related information” is classified as secretive information, infringing on the nation’s defense. Such information includes interviews, drawings, maps, pictures, news and any kind of information pertaining to the armed forces. Consequently, this book is both unique in terms of providing information about the UAE’s regime security as well as raising the awareness of the challenges of military and defense research on the Emirates for Gulf studies scholars and students since each graduate student has access to publicly available maps and graphs at all times when conducting their research.

The book explains the UAE’s regime security through military consolidation, digital authoritarianism, strategic economic management, and industrial control over seven chapters. How has the UAE evolved its regime security strategies as a result of the changes in the post-Arab spring era? This is the main research question of the book. The assumption that Hedges designs his research on is that “the principal threat to the UAE originates from domestic rather than foreign sources” and “since the Arab Spring, there has been an increasing centralization of the state’s power, rising bureaucracy, a move towards a unitary state, and the future of the UAE has been bound to the survival of Abu Dhabi ruling family; in particular to Mohammed bin Zayed al-Nahyan and his own family clan” (p.7). Through examples and case studies Hedges is combining two different theoretical frameworks: regime security strategies and Neo-Corporate Praetorianism.

The book argues that “in an authoritarian state, the security of the regime always supersedes that of the state and nation” (p. 9). Hedges provides a definition of regime security in respect to the UAE “as the array of internal and external threats, which in turn may have a coercive and non-kinetic character” (p.10). The Neo-Corporate Praetorianism is an advanced version of neo-patriarchal relations among political, social, and security related elites along with vertical and horizontal layers of social stratification in absence of an autonomous party. In a corporate praetorian state, regime security is ensured through the enforcement and maintenance of power. Reinventing the Sheikhdom examines the structure of Neo-Corporate Praetorianism in the UAE as a tool of regime security by means of its control over military power, surveillance, industry, and economy. Even though Neo-Corporate Praetorianism includes a religious establishment sub-title in order to link regime security with enforcement mechanisms, the book does not discuss this and does not explain why it is excluded.

The second chapter, Regime security Strategy Precedent in Abu Dhabi, combines a brief historical review of the UAE’s security before and after unification, including tribal ties, marriages, and external British support until the Arab Spring, with discussions of the concept. Providing details on the UAE’s armed forces and its branches, Chapter 3, Military Consalidation, analyzes the state’s military consolidation. Hedges depicts changes in the military after the Arab uprisings and conceptualizes them as a ‘military-led state building by Mohammed bin Zayed al-Nahyan’ (pp. 66-68).

One of the most interesting and original chapters in the study is Digital Authoritarianism, Chapter 4,  which brings together the traditional tools of sultanism and authoritarianism with current technological advancements. As Hedges states “surveillance can be interpreted as a modern and updated expression of sultanism” (p. 71). The chapter examines legal, technological, and engagement strategies used by the regime to maximize its observation of society since the Arab Spring began for the purpose of maximising its surveillance capabilities (pp. 71-74). Notably, the sections on the Signals Intelligence Agency (SIA) and the National Electronic Security Authority (NESA) were critical to the composition and organization of a complex set of information and analysis. Further, it is important to note that the combination of political power, authoritarian rules and technological developments has gained more attention in Gulf Studies following the assassination of Jamal Khashoggi and the way surveillance was utilised in his killing and many others political activists cases from the GCC.

Chapter 5, Strategic Economic Management, focuses on the third element of Neo-Corporate Praetorianism scheme: “how the UAE’s economy has been managed to strengthen the post-Arab Spring regime security strategy through the model of state-led capitalism and the privileged economic network that combine to support the centralized management of the UAE economy” (p.111-12). Using a political economy approach, this section examines institutions such as national oil corporations, state-owned enterprises, private companies, sovereign wealth funds, and investment councils and authorities.

In Chapter 6, Hedges examines the last dimension of Neo-Corporate Praetorianism in the UAE: Industrial Control. In this section, the industrial sector of the United Arab Emirates is examined as a case study regarding state-led capitalism and the use of the market by the ruling family to extend their political and economic influence. This part of the book is notable for its take on rentier states in the UAE. Via word of Hedges, “whilst numerous scholars have discussed evolutionary forms of rentierism, this book postulates that the UAE is attempting to move towards a more diversified economy that remains micromanaged by the regime but is exploited to generate additional streams of legitimation beyond direct handouts” (p. 147).

The Political Culture of Leadership in the United Arab Emirates by Andrea Rugh (2007) provides crucial information on family ties and tribal connections. Hedges’ contribution to the literature on tribal networks for cooperation and competition in the UAE is unique and builds on Rugh’s findings. As part of his research, Hedges examines the Bani Mohammed bin Khalifa, Bani Yas and other tribes in the UAE, noting their role in military and economic high positions within a Neo-Corporate Praetorianistic system. Hedges also includes information on the crown prince Mohammed bin Zayed’s position within the Bani Yas and Bani Fatima bloc. The book contains several tables with information on the top political, military, and economic positions of the UAE, as well as their tribal affiliations. For scholars, this type of local information (like the tables on pages 82-83; 113-14; 127-28; 158-59) is often difficult to locate, and it is therefore essential not only to list the names of the position holders, but also their power networks.

Matthew Hedges concludes his study by asserting that “the construction of the Bani Mohammed bin Zayed al-Nahyan legacy will carry the UAE forward, albeit with different deputies across state organs (p.173). Through the entire study, the author elaborates the power mechanisms in which economic, industrial, tribal, political, and military elements are embedded and emphasized after the Arab uprisings. This book provides a detailed and comprehensive analysis of the shift in power mechanism in the UAE in the last decade using Neo-Corporate Praetorianism and regime security approaches. Reinventing the Sheikhdom is an in-depth investigation of the UAE’s overlapping and complex power mechanisms.

Hendrik Kraetzschmar and Paola Rivetti (eds.), Islamists and the Politics of the Arab Uprisings: Governance, Pluralisation and Contention

Courtney Freer, Rentier Islamism: The Influence of the Muslim Brotherhood in Gulf Monarchies

Jocelyne Cesari, What is Political Islam?