Europe and Great Power Competition in the Middle East

03mar17:0017:15Europe and Great Power Competition in the Middle East 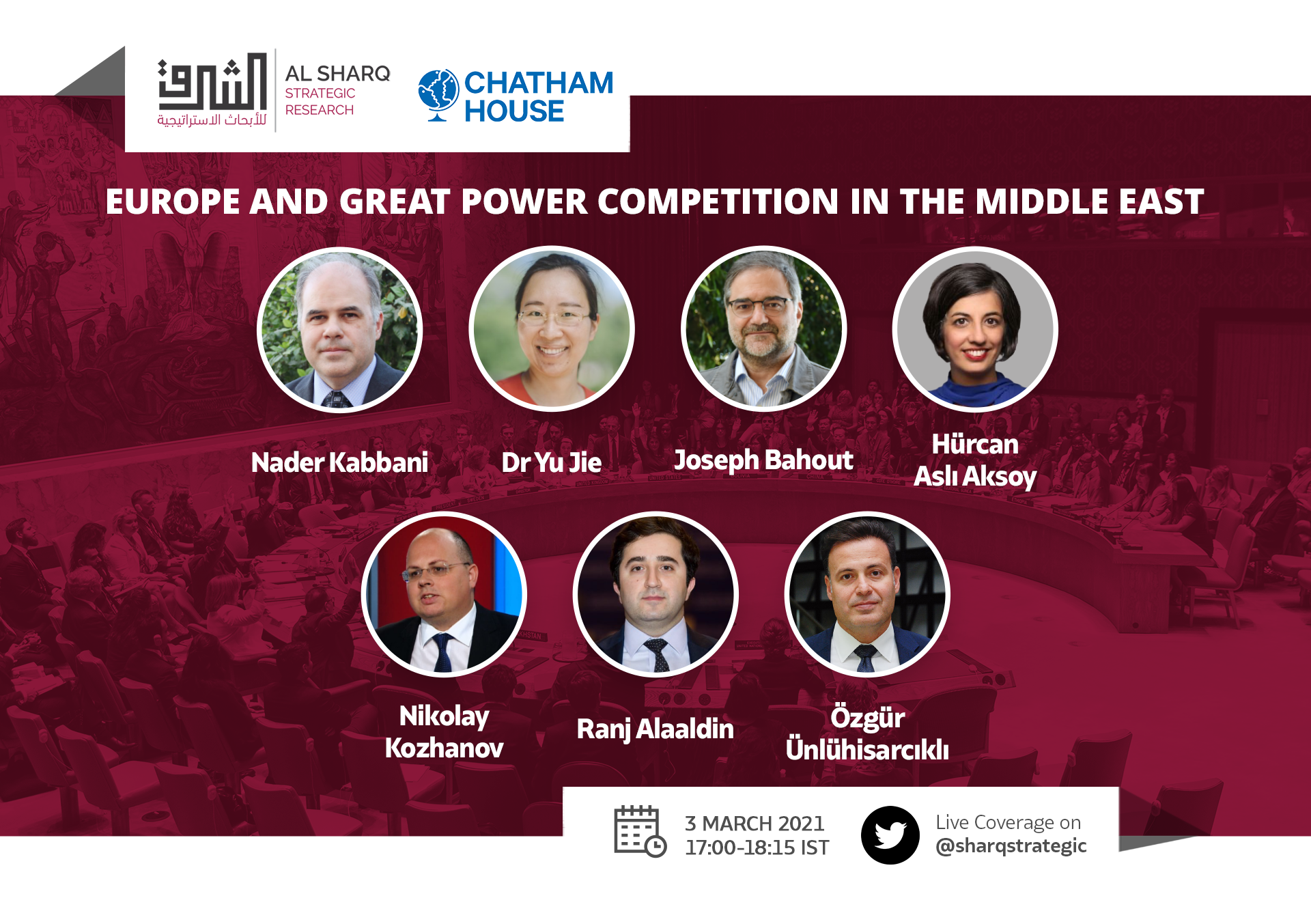 The Middle East has increasingly become an arena for great power competition. While Donald Trump’s foreign policy saw the United States withdraw troops from Iraq and north western Syria, Russia has emerged as a key power broker in the region, while China has also expanded its regional economic and political footprint.

Meanwhile, Europe has sought to establish itself as a mediator, preserving a rules-based international order and brokering political agreements. However, it has arguably been little engaged with the diplomatic shifts in the Middle East and risks becoming marginalized in the region by other international powers.

In this discussion, the panellists explore Europe’s relationships with the United States, China and Russia in the context of the Middle East. What does Europe’s struggle for influence in the region mean for its geopolitical and geosecurity interests? What strategy will the Biden administration adopt in the region? And to what extent has China’s influence expanded throughout the region in recent years?

This event is being held in partnership with the Al Sharq Forum and is part of the Europe and its Neighbourhood conference series. It is open to all Chatham House members as well as Al Sharq Forum supporters and stakeholders. Register now to share, debate and develop ideas on this critical international issue. For guests of the Al Sharq Forum, please email Sam Martin to register.