The Turkish-Russian Dialogue in Syria: Prospects and Challenges

The Turkish-Russian Dialogue in Syria: Prospects and Challenges 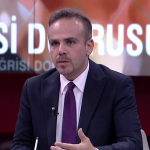 Abstract: Following its reconciliation with Russia after a seven-month crisis in bilateral relations, Turkey launched Operation Euphrates Shield in August 2016 to fight ISIS and PYD/YPG forces in Syria. The subsequent intensified regional dialogue between Turkey, Russia and Iran resulted in the Moscow Declaration, which signifies the start of a new process aimed at the resolution of the Syrian issue. Although Ankara succeeded in establishing an ISIS and PYD/YPG-free zone in northern Syria within a few months as a result of its close political and military dialogue with Russia, the two countries still need to overcome a number of significant challenges in order to continue their regional cooperation in the short term. Turkey’s reservations regarding the role to be played by Assad in the political future of Syria as well as its deep concerns about rising Iranian influence in the Middle East indicate that Turkish-Russian dialogue may be undermined by third parties. Rising anti-Russian sentiments among the Turkish public following the crisis in Aleppo have also demonstrated the limits of a genuine rapprochement between Ankara and Moscow. Although the two countries are currently striving to strengthen their regional dialogue following the assassination of the Russian ambassador in Ankara, the volatile geopolitical balance in Syria as well as the constantly shifting positions of the other global and regional powers and non-state actors are likely to have a significant impact on the development of Turkish-Russian cooperation in Syria.

Emre Erşen is an associate professor at Marmara University’s Department of Political Science and International Relations. He completed his PhD at the same department. He has also conducted research at the Higher School of Economics (Russia), University of Kent (UK) and Jagiellonian University (Poland) as a visiting scholar. His research interests include Russian foreign policy, Turkish-Russian relations, Eurasianism and geopolitics. He has contributed papers at international conferences and published articles in journals including Geopolitics, Turkish Studies, Insight Turkey and Journal of Eurasian Studies.