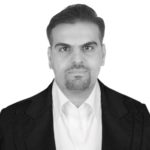 ■ In the absence of well-established political institutions, Baathist leaders have used sectarian connections, ideological appeal, and command of military forces to consolidate their authority, and have actively prevented the formation of an inclusive Syrian national identity.

■ Hafiz Assad employed Syrian sectarian divisions in manipulating local communities by comporting himself as their de-facto arbiter. Similarly, he has fueled ethnic and religious conflicts in neighboring countries to distract his regional foes and adversaries.

■ A demographic crisis emerged prior to the popular uprising in 2011, partially as a result of the modernizing authoritarianism and economic liberalization pursued under the rule of Bashar Assad, in addition to the 2009 drought.

■ A comparison of demographic indices between 2010 and 2016 reveals that the Sunni Arab majority was the community in the Syrian population worst affected by the ongoing war. They constitute nearly 70 percent of refugees and the majority of IDPs, and the areas in which they live have been among those most damaged by the war, according to data from U.N. agencies.

■ The Syrian regime has exercised collective punishment against opposition communities and has massively displaced civilians from key strategic areas around Damascus, Homs, the coastal region, and Aleppo. It has conducted indiscriminate aerial bombardments and shelling, placed security restrictions on the movements of civilians, besieged opposition-supporting communities, and has concluded U.N.-facilitated  evacuation agreements for those populations with the encouragement of the Russian Army and Iranian IRGC. Early reports suggest that at least 400,000 civilians have been compulsorily displaced by regime forces over the last 5 years; this figure does not include IDPs who willingly fled combat areas.

■ In Syria, ISIS has committed war crimes against Sunni Arab dissidents and ethnic Kurds. The terrorist organization has persecuted non-complaint Arab tribes in the Deir Ezzor region and has forcibly displaced Kurds from towns in Raqqa, Hassaka and Aleppo provinces. ISIS literature does not discriminate against people based on ethnic or racial affiliation, but rather on the basis of religion and loyalty to the Caliphate. Nevertheless, the fighting between ISIS and the YPG in Syria has led to the development of a specific ISIS policy towards the Kurds, especially after the intervention of the international coalition.

■ Human Rights Watch and the Syrian Network of Human Rights have found evidence that proves YPG involvement in ethnic cleansing crimes against Arabs and Turkmens in Tal Abyad district in Raqqa province and Al Kahbour Valley in Al Hassaka. Further reports show that similar acts have been carried out against other non-Kurdish ethnic groups in Qamishlo and Al Khabour Valley. YPG and Asayish police forces have been accused of illegal and arbitrary arrests on false charges of terrorism, the confiscation and destruction of dissidents’ private property, and threats of international coalition airstrikes. Nevertheless, empirical data shows that the YPG forced displacement policy is limited in its geographic scope, and is limited to areas of strategic importance to the YPG project of expansion.

■ The Syrian regime and human rights organizations have accused armed opposition groups of committing war crimes against religious and ethnic minorities, including indiscriminate shelling and forced displacement. These allegations mainly refer to events that occurred between 2013 and 2016 in Latakia, Hama, Homs, Damascus, Idlib, Hassaka and Raqqa. There is insufficient empirical data to prove the existence of an opposition ethnic cleansing policy. However, opposition armed groups can be blamed for their failures to establish rule of law, prevent acts of terror, or bring culprits to justice. Indeed, even though the mainstream opposition rejects acts of terror and discrimination, it has failed to prevent the radicalization of individuals who have later on joined Al Qaeda or ISIS.

Sinan Hatahet is a Senior Associate Fellow at Al Sharq Forum. He is currently a consultant working with a number of think tanks on Syria. His research is concentrated on governance and local councils, anti-radicalization, Islamism, the Kurdish National Movement, and the new regional order in the Middle East. He previously worked as the executive director of the Syrian National Coalition (SNC) media office since its establishment in late 2012 until September 2014.

Ayman Aldassouky is a researcher at Omran for Strategic Studies. He is currently a Master student in International Relations at Gazi university. His research is concentrated on governance and local councils, Jihadi Movements, and the relations between states in the Middle East. He previously worked as an executive researcher at Orient Center for International Studies between ‘’2009-2010’’, and a researcher at Sham Center for Research and Studies since its establishment in 2012 until 2014.

TURKISH-EMIRATI RELATIONS IN IRAQ AFTER 2003: A CONTAINED COMPETITION?

Iraq’s Sunni Political-Religious Networks and Political Change: Where is Their Influence?