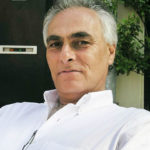 Abstract: If any one part of the world has forced China to throw its long-standing foreign and defense policy principles out the window and increasingly adopt attitudes associated with a global power, it is the greater Middle East, a region that stretches from the Atlantic coast of Africa to north-western China. The Middle East’s ability to influence Chinese policy stems from its decades-long, uncanny capability to foist itself high up on the agenda of the international community and its most powerful constituents. The Middle East’s relevance was facilitated by China’s need to protect its growing economic and geopolitical interests bundled into the Belt and Road initiative, a US$1 trillion infrastructure-driven effort to tie Eurasia to the People’s Republic, coupled with China’s desire to take advantage of President Donald J. Trump’s damaging of US credibility by projecting itself as the defender of the world order. Developments in the greater Middle East left China no choice but to either reinterpret or pile on more on to the dustbin of history principles of non-interference in the domestic affairs of others, an economically-driven win-win approach as a sort of magic wand for problem resolution, and no foreign military interventions or bases. Nonetheless, hampered by its reticence to articulate a Middle East policy that goes beyond economic, technical, military and anti-terrorism cooperation, China’s progressive embrace of foreign and defense policies typical for a global power means that the People’s Republic is increasingly likely to be sucked into the Middle East’s multiple conflicts and disputes.

Dr. James M. Dorsey is a senior fellow at the S. Rajaratnam School of International Studies in Singapore, co-director of the University of Würzburg’s Institute for Fan Culture, and co-host of the New Books in Middle Eastern Studies podcast. James is the author of The Turbulent World of Middle East Soccer blog, a book with the same title and a co-authored volume, Comparative Political Transitions between Southeast Asia and the Middle East and North Africa as well as Shifting Sands, Essays on Sports and Politics in the Middle East and North Africa and just published China and the Middle East: Venturing into the Maelstrom