The Phenomenon of YPG Transnational Fighters in Syria

The Phenomenon of YPG Transnational Fighters in Syria 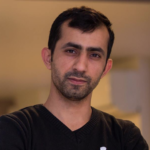 Abstract: Even though foreign fighters are an age-old phenomenon, they have once again come to the fore with the outbreak of the war in Syria. The battlefield has attracted thousands of foreign volunteers who have joined militant groups and further increased the level of violence perpetrated against civilians. The rise of ISIS has led the international community to mainly focus on Sunni radicalism, ignoring the Shia or Leftist transnational insurgency. This paper attempts at analysing the phenomenon and current dynamics of YPG foreign fighters in Syria. In doing so, the paper has described the journey of these foreigners in three phases. A mobilisation phase during which a volunteer is motivated to travel to Syria, an engagement phase that describes his or her role and responsibilities vis-à-vis the YPG, and the third phase upon their return home, and the new roles they embrace afterwards.

Sinan Hatahet is a Senior Associate Fellow at Al Sharq Forum. He is currently a consultant working with a number of think tanks on Syria. His research is concentrated on governance and local councils, anti-radicalization, Islamism, the Kurdish National Movement, and the new regional order in the Middle East. He previously worked as the executive director of the Syrian National Coalition (SNC) media office since its establishment in late 2012 until September 2014.

Iraq’s Sunni Political-Religious Networks and Political Change: Where is Their Influence?