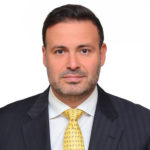 There is no doubt that an election in any democratic society is an important event for its citizens, but elections in the United States are consequential for all societies. Whether they say it explicitly or not, every government in the world favors one of the candidates in U.S. elections. The Turkish government’s pick was Donald Trump, the sitting president of the United States.

There has been much speculation over why the Turkish President Recep Tayyip Erdoğan and his U.S. counterpart Donald Trump got along so well, despite the crises such as when Trump attempted to devastate the Turkish economy with a single tweet. Whatever the reason, Trump and Erdoğan were kindred spirits and this paid off well in Turkey. At a time when there was a very strong bipartisan anti-Turkey sentiment in Washington D.C., Trump shielded Turkey from sanctions due to the S-400s, prevented various other sanction legislations, and helped Erdoğan have his way in foreign policy. However, this will change in the foreseeable future.

First of all, Erdoğan and Biden plainly dislike each other. As a matter of fact, in a New York Times interview in December 2019, Biden said that Erdoğan should be ousted from power through a democratic process. Second, Biden is expected to prefer an institutional style of governance as opposed to Trump, preferring a personalized style, and will not overlook views of the Congress or other institutions. Turkey has lost a protector in Washington D.C. and will certainly not receive a new one.

It is not only Biden that matters. Given his age, Biden can be expected to rely on his secretaries for the day to day running of the government and the individuals filling the positions of Secretary of State, Secretary of Defense, and National Security Advisor. This may be consequential for everyone, including Turkey. Moreover, when there is an effort to bolster institutions, even their subordinates will be able to make consequential decisions. Some of those people will come from the Obama Administration which was harshly criticized by President Erdoğan during the last couple of years. Some of them may even have lost their jobs during the Trump administration for being too at odds with Turkey.

It is not only personalities but also policies that will play a key role in the relationship. There are many issues such as the Eastern Mediterranean, Cyprus, Syria, and Southern Caucasus that Trump either showed a lack of care for or had an empathetic approach to Turkey’s policy. The Biden team may oppose Turkey’s position strongly on some of those issues.

Another issue Trump disregards is Biden’s care for democracy, not only in the U.S., but also throughout the world. Exporting democracy is a failed disastrous policy and I do not believe that Biden will try to revive it; however, neither will he turn a blind eye to the democratic backslide in Turkey or the worsening situation in some of Turkey’s regional rivals such as Israel, Egypt, Saudi Arabia, and the United Arab Emirates. I believe everyone has learned that President Erdoğan does not take criticism from foreign leaders lightly, so stormy exchanges between the two leaders are expected.

Having said all of this, Biden as president will be very different from Biden as candidate, and President Erdoğan’s approach to the new president of the United States will be different from his approach to a former vice-president. Biden, as president, will aim to maximize U.S. interests, and destroying a relationship is not necessarily the best way to achieve this. With this in mind, one expects the Biden Administration to make initial overtures to Erdoğan to seek a perspective that improves the relationship. An early test-case will be what Turkey decides to do with its S-400s, and how the U.S. chooses to interpret this. There is not much space to maneuver around, and Turkey can find itself sanctioned by the U.S. in the first few months of the Biden Administration. However, if Turkey and the U.S. can find a mutually agreeable solution, this could be the beginning of a virtuous cycle. This may be wishful thinking, but not more harmful than fatalistic thinking.

Referring to fate, a self-fulfilling prophecy may be the biggest threat to U.S.-Turkey relations during the Biden Administration. Joe Biden and President Erdoğan, assuming that the relationship will take a turn for the worst, may take steps that would eventually lead to a break in the relationship.

Although the odds are against Ankara, if President Erdoğan demonstrates his well-known pragmatism, the Biden Presidency could be much smoother than everyone expects. However, this seems unlikely.