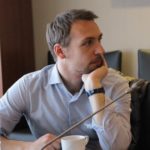 Abstract: The United Arab Emirates (UAE) and the Kingdom of Saudi Arabia (KSA) are often portrayed by the media and analysts as a single regional power group. Although the alliance is not at stake, it has a much more complex nature than is most commonly represented. The two Gulf monarchies show different stances and preferences on a variety of regional issues. As a consequence, the relationship’s structure is volatile. Through the analysis of the drivers behind the strategic alliance between KSA and the UAE, the article seeks to highlight the factors that determine convergence and softening as well as divergence.

The so-called Arab Quartet, a coalition comprising the Kingdom of Saudi Arabia (KSA), the United Arab Emirates (UAE, Emirates), Egypt, and Bahrain, is often described by media and analysts as a cohesive and monolithic bloc. In the multipolar Middle East, characterized by rivalries based less on identity politics and more on power competition, the Quartet faces rivals – Turkey, Iran, and Qatar – to shape the future regional order. But, is it appropriate to refer to a bloc or does the coalition represent an oversimplification while the reality presents many differences and even some cleavage? While such predominant reading is not entirely wrong, it has several shortcomings. Indeed, coalition members differ on a variety of regional issues. Leaving aside Bahrain, which appears to be the most passive and subordinate to coalition logic, the differences concern the other three Quartet members. Despite remaining engaged with the UAE and KSA, Egypt has launched an aligned but increasingly autonomous regional policy.

Dr. Federico Donelli is a postdoc researcher in International Relations at the University of Genoa. His research fields have covered international politics and security studies of the Middle East and Sub-Saharan Africa, focusing on the foreign policy of the different players. Currently, he is working on militarization in the Horn of Africa, and the growing engagement of Middle Eastern states in the region. He is the author of multiple articles appearing in International Affairs, Third World Quarterly, Journal of Contemporary African Studies, and Small Wars & Insurgencies. He is also the author of Turkey in Africa. Turkey’s strategic involvement in sub-Saharan Africa published in 2021 by Bloomsbury. donellifed@gmail.com @fededonelli