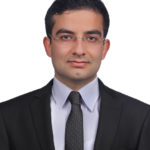 In “Sectarian Gulf: Bahrain, Saudi Arabia and the Arab Spring That Wasn’t”, Toby Matthiesen explores the impact of sectarianism during the “Arab Spring” in the Gulf. Drawing on his fieldwork, Matthiesen focuses on Saudi Arabia, Bahrain, and to a lesser degree Kuwait and Oman. The book deals exclusively with the sectarian aspects of the Arab uprisings in the Gulf region. Matthiesen’s main argument is that the Gulf rulers kept their monarchies stable throughout the uprisings due to their successful securitization of sectarianism.

Sectarian Gulf consists of seven chapters, with the first chapter covering the author’s visit to Bahrain and his initial observations regarding Pearl Roundabout’s protest. The beginning of the protests was festival-like, including everything from watching football games to chanting. According to Matthiesen, the protests lacked any sectarian nature in that initial phase. Yet, the government declared the need to save Bahrain from the “brink of a sectarian abyss” and the security forces cleared the peaceful protests in a deadly night raid on 17 February 2011.However, for Matthiesen, even more interesting was the attitude of other Gulf states. Al Jazeera Arabic, for example, streamed the Tahrir Square protests live 24/7, yet broadcasted nothing about Pearl Roundabout (though the author acknowledged that Al Jazeera English streamed its famous Shouting in the Dark exploring the Bahraini protests from the first day) due to the fear of the protests spreading to other parts of the Gulf. The second chapter explores the roots of the sectarian game played by both Iran and Saudi Arabia. The Gulf, specifically Saudi Arabia and Bahrain, considered their Shia population as Iran’s fifth column. The following two chapters explore both the revolution and counter-revolution in Bahrain. Matthiesen then explores how the Arab Spring and the sectarian game were not restricted to Bahrain in the Gulf. In that regard, he looks at the uprising in the Shia-majority eastern provinces of Saudi Arabia, and then analyzes the uprising in Kuwait. The final chapter follows the transformation of Arab uprisings into an ‘Arab Fall’ with a specific focus on the Omani uprising.

In this book, the author examines the role sectarianism played in the Arab uprisings’ failure in the Gulf. It analyzes how Gulf rulers successfully fended off popular uprisings by taking several actions. First and foremost, Saudi Arabia and Bahrain succeeded in creating a counter-revolutionary front by arguing that the protests were first and foremost sectarian in nature. By playing the sectarian game, Saudi Arabia and Bahrain managed to “divide and rule” their population by depicting (to the non-Shia population) the protests as being of foreign origin and thus serving foreign interests more than national. As the second factor behind the Gulf rulers’ success, Matthiesen underlines the West’s specific interest in Gulf security and the deep business connections Gulf rulers enjoy with European and American states and companies. The Gulf’s rentier economies are the third reason given for the Gulf rulers’ ability to crack down on protests, as they utilized both wealth distribution and buying off prominent people who helped them delegitimize the protests. While Matthiesen is correct in pointing out these dynamics, he does not explain why Qatar and the UAE did not experience the kinds of uprisings that started in Oman and Kuwait.

The book very successfully shows how the ruling elites, along with their regional and global external backers, were effective in playing the sectarian game to the degree that the Gulf Arabs often vilify Iran more than they do Israel. The recent normalization with Israel is yet another example of this, as some of the Gulf-supported social and traditional media accounts perceive Israel as a new friend, but Iran an eternal enemy.

Despite the book’s clear writing style and rich direct observations and interviews with prominent journalists and activists, Matthiesen comes too close to considering sectarianism as total rhetoric, that is, attributing everything to sectarianism. Although he suggests that the protests’ base and motivation were not purely sectarian, Matthiesen does not discuss other factors to explain why the Gulf’s Shia population has worse employment, freedom, and social life. In this regard, the Shia population’s disadvantaged position in employment and other social conditions makes the sectarian (or lack thereof) origin of the uprising and discontent a significant point.

It is noteworthy that Matthiesen highlights the Shia claims of being the region’s ‘real’ inhabitants. This claim may result from the Shia’s marginalization during the construction of nation-state identities in the Gulf. Gulf nations are young nations whose nation-building projects continue to this day, as does the marginalization of the Shia. This is to say that GCC states will eventually have to face their Shia populations and stop treating them as Iran’s fifth column. The quick transformation of Bahraini protestors’ chants from “the people want the reform of the regime” to “the people want the fall of the regime” is a clear manifestation of how no GCC state is untouchable in the future.

“The Sectarian Gulf,” in general, is a valuable source for both academics and general readers. Readers can learn about the Gulf’s socio-political dynamics and understand the trajectory of the Arab uprisings in that sub-region. The book can also further serve as a good case study of securitization theory for students of politics and international relations. Sectarian Gulf deserves to be on the list of required readings on the Arab uprisings.

Hamdallah Baycar is a Ph.D. candidate at the Institute of Arab and Islamic Studies at the University of Exeter.