Senior Associate Fellow at Al Sharq Forum and the Editor of the Middle East Eye. He left The Guardian as its chief foreign leader writer. In a career spanning 29 years, he covered the Brighton bomb, the miner's strike, the loyalist backlash in the wake of the Anglo-Irish Agreement in Northern Ireland, the first conflicts in the breakup of the former Yugoslavia in Slovenia and Croatia, the end of the Soviet Union, Chechnya, and the bushfire wars that accompanied it. He charted Boris Yeltsin's moral and physical decline and the conditions which created the rise of Putin. After Ireland, he was appointed Europe correspondent for Guardian Europe, then joined the Moscow bureau in 1992, before becoming bureau chief in 1994. He left Russia in 1997 to join the foreign desk, became European editor and then Associate Foreign Editor. He joined The Guardian from The Scotsman, where he worked as education correspondent.

States of Uncertainty : How the West’s relationship with Saudi Arabia tells you much about dysfunction in both camps 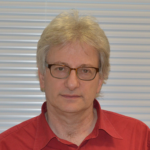 Journalists suffer from a occupational disease. We have a bad habit of placing ourselves at the centre of events,  even though, more often than not , we are as distant to it as everyone else [...]

States of Uncertainty : How the West’s relationship with Saudi Arabia tells you much about dysfunction in both campsDavid Hearst2020-08-09T16:20:33+03:00

Has Iran Overreached Itself in Yemen?

David Hearst | 10 November 2015
When the Saudi ambassador in Washington announced the launching of airstrikes and a military intervention in Yemen on Wednesday night, the kingdom surprised everyone - not least Iran.Conventional wisdom was that Riyadh had dithered and left it too late. The Houthis and elements of the army loyal to the ousted autocrat Ali Abdullah Saleh and his son Ahmed had advanced on the southern city of Aden with such speed that its fall, and that of President Abd Rabbuh Mansour Hadi, was considered only a matter of time.
Has Iran Overreached Itself in Yemen?David Hearst2020-08-09T16:17:25+03:00

David Hearst | 10 November 2015
John Allen, the retired marine general charged by US President Barack Obama to coordinate the campaign against the Islamic State (IS) group, is a man confident of his facts. Fresh from Turkey, which had just agreed to enter the air campaign against the militants, he told the Aspen Security Forum that IS are losing.
Iran and the Sunni Dictators are Fueling the Support for the DaeshDavid Hearst2020-08-09T16:13:39+03:00

The Middle East’s Crisis is Europe’s too

David Hearst | 10 November 2015
The reaction to Aylan Kurdi has been one giant selfie, a portrait of ourselves taken by people who remain conflicted about their identity
The Middle East’s Crisis is Europe’s tooDavid Hearst2015-11-10T22:00:13+03:00
X
X
Go to Top