Thoughts on a Cooperation Mechanism for Syrian Refugees in Jordan, Lebanon, and Turkey

Thoughts on a Cooperation Mechanism for Syrian Refugees in Jordan, Lebanon, and Turkey 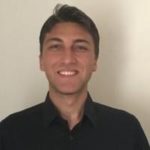 Abstract: This brief paper discusses the challenges that Syrian Refugees face in Jordan, Lebanon, and Turkey. In short, it analyzes the situation of refugees in each of these three countries. The piece then proposes a method of cooperation between these three countries for dealing with the refugees. It uses a theory of transparency in order to tackle the issue of corruption, which is used as the primary example for obstructions to successful cooperation. Other suggestions are also cited in the paper to encourage regional cooperation over Syrian refugees. The paper attempts to highlight both the difficulties and the necessity of having a regional plan to deal with the massive refugee crisis that has been caused by the conflict in Syria. The paper sheds some light on these specific issues and highlights the need for further research to propose alternative venues for cooperation over refugees’ crisis in the MENA region.

Michael Nasr is a Research Assistant at the United Nations Economic and Social Commission for Western Asia. He received his M. A. in Humanitarianism and Conflict Response from the University of Manchester in 2016 and a B.A. in English Literature from the American University of Beirut in 2015. He works as a research assistant on the National Agenda for the Future of Syria Project at UNESCWA. His current research is about war economies in Syria, and Syrian refugees.