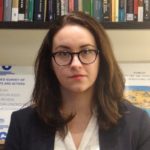 When addressing the establishment of the Gulf Cooperation Council (GCC) in 1981, most scholars embrace realist arguments, arguing that its formation was directly related to the fall of the Shah of Iran in 1979, the emergence of a revolutionary regime in Tehran intent on exporting its revolution to the neighbourhood and the subsequent outbreak of the Iran-Iraq War in September 1980.[1] According to these arguments, these events were perceived as threatening the very survival of the Arab Gulf monarchies: by coming together the six monarchies wanted to present a unified  front to shared security needs. However, arguably, their priority was as much about protecting sovereignty as it was about national security, intended in conventional terms.

The element of sovereignty is in fact central to comprehensively analyse the full story of the GCC, as well as the evolution of intra-GCC relations. Analyses of the overall status of the GCC as a regional organization, based on the developments since the 1980s, have indeed poised that the GCC has been unable to establish itself as a full-fledged cooperative and integrated body mainly due to a high degree of resistance to sharing sovereignty, resulting in the lack of supranational authority or form of legitimacy.[2] Such resistance is, arguably, a by-product of the historical background of the Gulf Arab monarchies themselves. Because the GCC members see themselves as young nation-states that only recently, historically speaking, obtained their independence, “sovereignty was a prize to be nurtured, not one to be sacrificed on the altar of a pan-Arab movement, or one that extolled the virtues of integration.”[3] At the same time, the argument that regional integration and tight cooperation, i.e. pooling and sharing resources, provide opportunities beyond the capabilities of single states, especially for the smaller GCC monarchies, has long held traction among decision-makers in the region, and beyond. This latent conflict between sovereignty and regionalism has characterised the GCC much like it has other international organizations around the world.

Cinzia Bianco is a Senior Analyst at Gulf State Analytics.