The Emergence of Islamist Nationalism in Indonesia

The Emergence of Islamist Nationalism in Indonesia 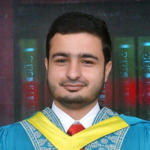 Abstract: Identity politics have played a vital role in Indonesia’s recent elections, whether in terms of alliances, the selection of candidates, campaigning and public mobilization. The intense 2017 Jakarta gubernatorial election campaign gave momentum to an electoral alliance between the country’s nationalists and Islamists. Incumbent president Joko Widodo, who belongs to the secular Democratic Party of Struggle (PDI-P), surprised many by picking an Islamic cleric, Ma’ruf Amin, for the vice-presidential post in the 2019 presidential election. The other presidential contender, Prabowo Subianto, the chairman of the nationalist Great Indonesia Movement Party (Gerindra Party), managed to gather support from several Islamist groups with a variety of traditional, moderate and liberal understandings of the religion. Thus, in these elections, both sides chose to join forces with Islamists and religious identity found a position at the center of the political debate. The wider concerns of politicians across ideological lines over the expanding economic and political roles of ethnically Chinese citizens may have made it smoother for Islamist and nationalist parties to find common ground at recent Indonesian elections.

Belal Alakhras is PhD researcher in the Department of Politics at the University of Malaya (UM).