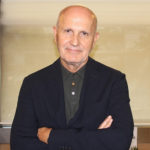 It is well known that Turkey has long sought to purchase long-range anti-ballistic missiles and American Patriot missiles had been on its shopping list since the early 1990s. However, Turkey could not reach an agreement with the United States and as far as I am concerned, technology transfer was the main hurdle in reaching a deal. Turkey showed interest in alternative Chinese manufactured systems, but mostly due to stiff opposition from the United States and some other NATO allies, Ankara decided to postpone the procurement. The need to obtain a nationally operational anti-ballistic system re-imposed its urgency on Turkey when Syrian missiles and anti-ballistic missile systems became both a threat against and deterrent for Turkey, particularly in the earlier stages of the civil war in Syria.

The improved relations with Moscow, particularly after July 15th coup attempt, played a crucial role in Turkey’s consideration of the Russian missiles. If Turkey had a perfectly functional relationship with the United States, it could have given up on the purchase of missiles from Russia.

As we know, American-Turkish relations have never been trouble-free since the very beginning of the alliance. The Turks were always the junior partner and the United States was the real security provider for the entire Western world, including Turkey. Turkey did not like being treated as such a junior partner and wanted to have equal footing in the alliance. Moreover, they demanded their security needs be recognized and not undermined by the senior partner. One of the biggest blows in the relationship was US indifference, if not involvement, towards the coup attempt on July 15, 2016. With this in mind, we can say that the most detrimental and long-lasting problem between the two sides is the tremendous US support to the PKK/PYD in the Syrian War.

However, fractious relations are not unique to the American-Turkish alliance, with many figures from Western circles advocating the expulsion of Turkey from NATO due to the country’s progressed relations with Russia, Iran, and China today. I believe this approach is pointless because Turkey has no desire to leave NATO or change its Western orientation with or without S-400s. One can safely assume that decision-makers in Ankara would not contemplate a geopolitical realignment because of the purchase of two autonomous air defense systems from a certain country. Sacrificing military, political, and economic interdependence created since the end of the Second World War would certainly require more than a limited collaboration with Russia. However, the outcome of this purchase could lead to realignment in the case of unjustified and disproportional sanctions imposed by the United States. The other issues burdening bilateral relations could also push Turkey further away from its traditional ally and seek a more reliable partner or partners, though not necessarily on regional issues.

Therefore, we may see more turbulence in relations between Ankara and Washington in the short-term. Much will depend on the delivery of the promises vis-à-vis northern Syria, in which Ankara would certainly expect good faith from Washington. We are likely to see reduced verbal acrimony from both sides and trade and mutual trust can be boosted. The intimate personal relationship between President Erdoğan and President Trump can further facilitate normalization of relations. In the medium-term, the nature of the international system will determine the fate of bilateral relations. The United States will always be a country Turkey needs to be considerate of, and vice versa for Turkey.

In addition to the above-mentioned points, the S-400 delivery is not likely to have a lasting impact on Turkey’s standing in NATO. As SG Stoltenberg emphasized, Turkey is much more than the S-400s. There are a lot of divisive issues straining the integrity of the alliance at the moment, the biggest of which is President Trump’s peculiar way of conducting international relations. The European pillar of NATO is also beginning to seek ways to provide security for its own continent. In the end, the S-400 air defense system may not be integrated into NATO’s overall air protection network but remains a national asset, functioning as a deterrent for Turkey.

As for relations with Russia, the two sides have had a turbulent history. The Russian Empire expanded at the expense of imperial Turkey several times. Turkey’s alignment with the United States at the end of the Second World War was very much related to the threat posed by the Soviet Union, and even after the Cold War, it took considerable time for Turkey to normalize relations with Russia because of its support of the PKK. At the same time Turkey was turning a blind eye to the presence of Chechen fighters in its own country, mostly due to geopolitical competition over the riches of the Caspian Sea and its potential transportation routes.

The most recent crisis between the two countries erupted after Russia’s intervention in Syria, when Turkey downed a Russian fighter plane in November 2015 for apparently violating Turkish airspace, despite warnings. Ankara later put considerable effort into normalizing relations and the purchase of the S-400s has obviously assisted with this reconciliation. It seems that the missiles purchase has also facilitated collaboration over Syria. The overall impact is certainly positive, but the sustainability of the current mood is questionable. Much will depend on the US attitude towards Turkey, as well as Russian willingness to venerate and understand Turkey’s core interests on issues like the PKK/PYD and Cyprus.

Prof. Dr. Mensur Akgün is the Director of the Global Political Trends Center (GPoT) and the Chair of the Department of International Relations at Istanbul Kültür University