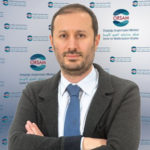 Turkey has long needed long-range air defense missile systems to boost its national security. We know that Ankara previously attempted to buy the Patriot air defense system from the United States. However, the United States was hesitant to sell and eventually, Turkey was unable to purchase the system to mitigate its security concerns. Turkey was primarily forced to turn to Russia as a result of a vicious cycle created between the United States and other NATO countries. The decision to purchase S-400s from Russia should be assessed in this context given that Turkey has legitimate security concerns which have been furthered by the war in neighboring Syria.

Turkey has been heavily incentivized to find an air space protection solution by several factors; the current presence of PYD/YPG and previously ISIS on Turkey’s southern border, rockets which hit Turkish border cities along the same border, the Turkish-Russian military jet crisis, radicalism stemming from flourishing non-state armed actors in Syria and Iraq, and unconventional, asymmetrical threats in the wake of the Arab Spring. The Patriot missile systems deployed to Turkey by NATO allies were only ever a temporary solution and were removed relatively quickly. Turkey’s current deal with Russia satisfies both its financial aims and its desire to import technology, so that it can produce its own air defense systems in the future.

The S-400 decision is also connected to geopolitical realignment in the MENA region: Turkey wanted to buy the patriots systems for decades due to threats stemming from the East but the situation is now different, and Turkey’s perception has changed. Turkey feels that threats are not coming from the East alone, but that the West is also a source of threat.

Nowadays, many figures claim that Turkey is drifting away from the Western/NATO axis but I do not agree. I think that Turkey follows neither the Western, nor East alliance. Instead it wants to implement ‘balance policy’ into its foreign policy. Turkey wants to act freely to a certain extent based on different political issues. We need to acknowledge that there is no longer a unipolar world order. Today in international politics, we see a multipolar order, and Turkey is acting in line with this new reality. Therefore, the decision to purchase the S-400s should not be exaggerated in this regard. It is not an indicator of Turkey’s intention to follow a Russian-led axis, although the defense industry, trade, and tourism will continue to be areas of cooperation between Russia and Turkey.

However, we should not forget that the two sides have different views on many issues such as Nagorno-Karabakh, Ukraine, Central Asia, and Syria. In this respect, I foresee Turkey targeting flexible alliances from time to time to maximize its gains. It may even pit international rivals against each other for this purpose. Therefore, we should not expect a long-lasting alliance/partnership with any one side.

In the process of purchasing the S-400s, Turkey has succeeded in making a political maneuver with the least cost. Turkey has shown the United States that it is not dependent on them, but in fact has multiple choices in foreign policy terms. Nonetheless, this situation also has its risks and Turkey may yet be subject to negative consequences of the process. Turkey wanted to act independently without crossing any red lines and this has helped the country to manage its bilateral ties with the United States. It was important for it to prove that it can make unilateral moves, even military moves, to protect its national security interests and it has been successful thus far.

In my opinion, the most crucial factor in the trajectory of relations between Turkey and the United States is Syria because Turkey will never accept a situation in which the PYD/YPG/SDF is given political status there. Other issues in Syria can be discussed but this is not something that can be reconciled with Turkey, so if the United States continues to protect the YPG/SDF’s administrative and military mechanisms, it will harm the bilateral relations in the short-term. In the longer-term, Turkey will try to protect its ties and political engagement with the United States and Western alliance, with special protection for areas of existing collaboration from both sides.

Nevertheless, Turkey will always keep its options to protect national interests open, even with unilateral moves when necessary and we have seen new problems to emerge between the two sides from time to time. Namely, Turkey’s recent closeness to Russia, Iran, and China, which encouraged the county to take bolder steps in its foreign policy decisions. This in turn has expanded Turkey’s room to maneuver.

As for NATO, geopolitically speaking it knows that Turkey is an indispensable country in its region, especially when considering the problems in Syria and Iraq. Despite all the issues between the United States and Turkey, the United States knows that it is not likely to establish order in Syria without Turkey.

In conclusion, I can express that there is currently a mutual ‘confidence crisis’ between Turkey and NATO and only time will reveal whether this is structural or conjunctural. Turkey is suspicious of threats coming from the West and questions the security umbrella NATO offers. Meanwhile, NATO members have reservations about Turkey’s reliability in the alliance due to the country’s relations with Russia and Iran. Even though there are clear problems between NATO and Turkey, I do not see any likelihood of the two sides breaking from each other. Turkey is still a crucial part of the NATO axis and has taken part in many NATO missions. I believe that this confidence crisis can be overcome if the Syrian crisis evolves in line with Turkey’s demands. Therefore, future relations will be shaped by the outcome of the Syrian war and the stability of the country in the aftermath.

The United States and Turkey still share strategic interests, and a new version of the relationship between the two sides is necessary