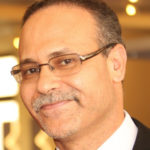 Abstract: On September 17th, 2019 the Tunisian Independent Electoral Commission announced the result of the first round of the presidential elections. The result sent shockwaves across the entire political spectrum, particularly surprising the political parties in power. Not only because none of these parties managed to get their candidates through to the second round, but also because the two successful candidates appeared almost from nowhere with no previous political experience. The  first contender, Kais Said, is an academic with a revolutionary vision and matching discourse. His voters are mostly educated youths who assembled through social media. The second contender is Nabil Karoui. He made himself known to the public through his television channel and charitable work but he is currently behind bars, where he has been since his arrest a few days before the start of the electoral campaign. Regardless of the outcome of the second round, the Tunisian democratic transition has already reached an advanced level and should move on to the consolidation phase. However, the job of the new leadership will not be easy amid predictions of a fragmented parliament, fragile government and isolated president.

Ezzeddine Abdelmoula is manager of research at Al Jazeera Centre for Studies. He holds a PhD in politics and international relations from Exeter University in the UK, a Masters in international politics from SOAS, and a Masters in political philosophy from La Sorbonne, Paris. He edited and translated books, and contributed research papers and book chapters including “The Role of the Media in the Tunisian Revolution” in Tunisia’s Revolution (Beirut 2012), “Al-Jazeera & Televised Revolution” in Routledge Handbook of the Arab Spring (Routledge 2015). Among his publications: Al Jazeera and Democratization (Routledge 2015), Arabs and Democracy in the Multi-Screens Era (Beirut 2016). His research interest covers theories of international relations, politics of the Middle East and North Africa, democracy and democratization, Islamism, and Arab media.