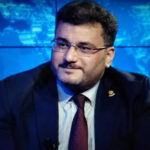 This article was originally written in Arabic.

The election of Joe Biden as President of the United States of America may mark the beginning of change in U.S. policy towards Saudi Arabia, which may be subject to a higher degree of pressure, especially in four different states of affairs: the continued Saudi involvement in the Yemen war, the issue of the blockade of Qatar, human rights issues in Saudi Arabia—especially the arrest of Saudi women activists—, and responsibility for the assassination of journalist Jamal Khashoggi.

Although it is unlikely that the new U.S. administration will completely abandon its relations with Riyadh, given its reliance on a network of economic, political, and strategic interests that make Saudi Arabia an important source of financial support, the kingdom’s power cards appear to be in a state of clear deterioration. This is due to the Crown Prince Mohammed bin Salman’s policies which led to the country’s involvement in hostile regional policies against Turkey, Iran, Qatar, and Yemen. The involvement lacks a holistic strategic vision of what Riyadh aims to achieve from these plans with its insistence on escalating situations, often without major setbacks, due to the nature of the support it received in the past four years from former U.S. President Donald Trump and Abu Dhabi Crown Prince Mohammed bin Zayed.

Taking into consideration President Trump’s difference in perspective compared to Joe Biden and the vast political experience of the latter, Biden is expected to control the U.S. foreign policy agenda. For the next two years, he will tackle issues of encouraging collective and diplomatic international action, cooperation in facing the repercussions of the Corona pandemic, and activating cooperative relations with European allies. Furthermore, Biden’s agenda includes discretion to climate and environment issues, the American return to the World Health Organization, Washington’s commitment to the Paris climate agreement, confronting Russian expansion in Syria, Libya, the Eastern Mediterranean, and the Caucasus, and the search for a more effective American approach in dealing with the accelerating Chinese advancement.

It is also expected that these American trends will be reflected at the international level and on Washington’s policies in the Middle East region, which may mean a decline in the level of support for non-democratic Arab regimes. This means that the Biden administration may exert greater pressure on a number of countries in the region, such as Saudi Arabia, Egypt, and the UAE, with the aim of curbing its practices, whether against its citizens at home or its involvement in wars and foreign conflicts, such as Yemen and Libya.

It is true that it is difficult to quickly override the “Trump legacy” in the Arab world, but the change in the American “rhetoric” and Biden’s reaffirmation of values and respect for human rights may gradually lead to the creation of an environment that puts more pressure on the Saudi regime in comparison to the state of affairs during the Trump era.

Perhaps the clearest indication in this context is Joe Biden’s statement on the second anniversary of Khashoggi’s assassination on February 10, 2020, that he “will reassess America’s relationship with the Kingdom and end American support for Saudi Arabia’s war in Yemen, will not set aside its values in exchange for selling weapons or buying oil, and will defend the right of activists, political opponents, and journalists around the world to express their views freely without fear of persecution and violence.”

At the Saudi level, Biden’s assumption poses real challenges, especially in the event of America returning to the nuclear agreement with Iran. This poses difficult options for the Saudi regime because it means the failure of all Saudi regional policies to isolate Tehran, block Qatar, and put pressure on the Houthis in Yemen.

There is no doubt that Riyadh will lose with the departure of Trump a “strong ally,” which has hindered the American institutions from taking any measures to punish or pressure Saudi Arabia as long as Riyadh implements President Trump’s demands. This is especially in terms of the wake of Khashoggi’s assassination and the emergence of the Saad Al-Jabri case filed in American courts against Muhammad bin Salman. Those demands include increasing investments and injecting Saudi funds with the aim of supporting the American economy, Riyadh’s pledge to support the UAE, Bahraini, and Sudanese rapprochement with Israel, pressure on Saudi Arabia to force the Palestinians to return to the negotiating table as well as halting criticism on the deal of the century and the acceleration of Arab-Israeli normalization.

Determining the degree of change in Biden’s policy towards Saudi Arabia will depend to a large extent on the personalities who will assume positions of defense, national security, and foreign policy institutions. It also depends on the extent of Riyadh’s response to the escalation of Washington’s pressure on Saudi Arabia in the aforementioned files, noting that the margin for maneuver available is gradually narrowing, despite Saudi Arabia’s attempts to consolidate its relations with the Emirates, Iraq, and Egypt.

Amjad Ahmad Jebreel is an Istanbul-based researcher specializing in Arab and regional affairs.