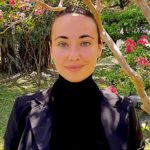 Abstract: Following the Arab Spring, Italy has tried to improve its geopolitical position in the Middle East. Its approach, however, has suffered from the lack of a grand strategy and overreliance on strategic partners. Weapon export is one of Rome’s greatest tools to safeguard its security and energy interests in the Mediterranean region and beyond, a tool it has used in the last decade to cultivate relationships with Turkey, Egypt, and Saudi Arabia. Rome hoped that their convergence of interests would ensure an improvement in its position. Ten years later, this has not happened: Italy’s weapon export policy has been guided by short-term economic interests at the expense of both its declared commitment to human rights and of its greater geopolitical ambitions. Italy’s Cold War-inspired threat perception and an unwillingness to commit to a proactive foreign policy approach have resulted in the creation of asymmetric partnerships where Rome needs Ankara, Cairo, and Riyadh more than they need Italy.

Italy’s perception of its own military and political position in the Mediterranean Sea and in the wider Middle East has radically shifted after the outbreak of the Libyan crisis in 2011. Since then, Rome has become the first safe harbour in a migration crisis of historical proportions and was forced to shake off almost two decades of foreign policy slumber. Italy’s new approach to the region is a Greater Middle East policy; with its preferred instrument being weapon exports to selected strategic partners such as Egypt, Turkey, and Saudi Arabia. However, the lack of an overarching grand strategy on Italy’s part, as well as the conflict of interest between the military industry and the political apparatus, has resulted in the creation of weak economic links that have failed to advance Italy’s national interest. This highlights the structural inefficiency of the Italian Republic, where the rapid succession of weak coalition governments prevents the implementation of a single, coherent line in Rome’s foreign relations. Not only has Italy’s military industry been complicit in the on-going killing of civilians across conflicts, but Rome’s use of arm trade as a foreign policy tool has also backlashed by allowing other regional powers such as Turkey and Egypt to improve their military position at the expenses of its own. This highlights the pressing need to subordinate special economic interests to national interests.