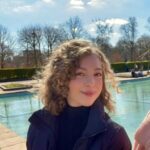 Abstract: Following the UN-mediated Libyan Political Dialogue Forum, Libya’s first national elections since 2014 were announced. In advocating for early elections as a post-conflict solution to instability, policymakers have failed to consider the reality of electoral participation for citizens. In actuality, voting is a high-cost low-benefit. This paper evaluates the shortcomings and potential consequences of elections premised on voter intention data and policymaking that neglects the role of citizens as active participants in democratisation. Libya’s socio-political and economic conditions are discussed as risk factors for voter apathy and political disengagement, which negatively impact voter turnout as citizens have little incentive to participate. The paper highlights the need for electoral preparations that go beyond voter intention and better understand the decision-making processes to mobilise Libya’s electorate. Given the fast-approaching election day, a case is made for postponing elections for Libya’s political planners to prioritise promoting voter turnout.

A roadmap to Libya’s national elections was agreed following the Libyan Political Dialogue Forum (LPDF) in the hopes of ending a long period of instability. Since the announcement, preparations have centred on determining the constitutional framework, but stained by political jostling and accusations of corruption. As political commentators continue to voice concerns at the little legal progress achieved, a major challenge is missing from the conversation:[i] how to get Libya’s voters to turn out on election day.

Of the 4.4 million eligible voters, some 2.8 million citizens have registered, and opinion polls would suggest people are seemingly optimistic about the prospects of elections bringing stability to Libya. Efforts to forecast the election report at least 58% of people nationally are likely to vote.[ii] On the surface these responses align with the position held by policymakers: early elections provide post-conflict stability and public buy-in to the process is strong.[iii] In reality, voting is a high-cost low-benefit activity for citizens.

Generally, there are no consequences for not voting and people seldom believe their single vote makes difference. Even small costs act as deterrents and impact overall turnout. Yet, Libya’s electoral preparations, without consideration of these propositions, presume people’s intention to vote will translate to a representative and legitimate election. If political planners are to make a success of upcoming elections, they must recognise the pitfalls of intention-based election forecasts and better understand voters’ decision-making processes.