Senior Associate Fellow at Al Sharq Forum. He is also Professor at Mohammed 1st University, Oujda/ Morocco. He was a Member of Islam Konferenz (2011-2012 and 2012-2013) in Germany.He is among the Founding members of Al Jazeera Research Center (Doha, Qatar: 2006-2008). He has published dozens of Articles in various venues. Co-Editor of Almunaataf (Quarterly scientific Arabic Magazine). His books include Lawrence d´Arabie ou l´Arabie de Lawrence: geographie, politique, poetique, sagesse. (Paris: L'Harmattan, 2001), (From the Narrowness of Modernity towards a New Space of Islamo–Arabic Creativity) Arabic. (2005).He Received his PhD. in Anglo–American studies at Paris-Sorbonne in 1994. His thesis covered Thomas Edward Lawrence (Alias Lawrence of Arabia) and the Experience of the Desert. Research Interests: Islam & Muslims in Europe, West-Muslim Relations, Geopolitics and Geo-poetics

The Risks and Challenges of Europeanizing Islam 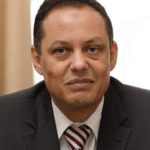 Khalid Hajji | 07 December 2015 | TR
The concept of Euro-Islam is laden with different meanings, depending on who uses it. Some young Muslims in Europe might use the term to underline the fact that they are Europeans in order to avoid being tarred with the discourse of integration. Some European politicians might use it to emphasize the need to strip Islam of its outside influences. Euro-Islam can be a platform for negotiations between Europe and its immigrants from an Islamic background. It can also be an appellation that designates a hue of Islamic religiosity similar to Asian Islam, African Islam, Egyptian Islam, or Moroccan Islam. Euro-Islam is, however, a contested concept when it is used to imply a geographical line of division between an enlightened Islam and an obscurantist one. This division enhances the dichotomy of inside and outside on which the clash of civilizations thesis is predicated. The separation between a European Islam of enlightenment and outside versions of an unenlightened Islam is, to say the least, counterproductive.<!-- AddThis Advanced Settings generic via filter on get_th