The (Military) Rise of Armed Non-State Actors: Explanations and Implications

The (Military) Rise of Armed Non-State Actors: Explanations and Implications 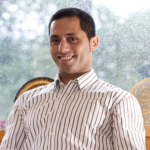 Introduction: This policy brief seeks to understand the sources of strength of armed non-state actors and to explain why stronger state actors have sustained difficulties in defeating them on the tactical, operational and strategic levels. The brief is divided into four sections. First, it demonstrates a historical change in battle/conflict outcomes involving armed state actors (represented by incumbent governments or regimes) and armed non-state actors (represented by rebels or insurgents). Second, it gives an overview of the main explanations in the Security and Strategic Studies scholarly literature explaining that historical change in outcomes. The third part reviews the strategy(ies) of selected state actors in dealing with the military rise of armed non-state actors. The final section of the brief provides concluding observations.

Senior Associate Fellow at Al Sharq Forum. He is also a Senior Lecturer in Security Studies in the Institute of Arab and Islamic Studies, at the University of Exeter and an Associate Fellow at Royal Institute for International Affairs (Chatham House) in London. He is the author of The De-Radicalization of Jihadists: Transforming Armed Islamist Movements, the first book on transitions from armed to unarmed activism by several Islamists organisations in North Africa. His most recent publications include a Brookings study entitled “Collusion to Collision: Islamist-Military Relations in Egypt” and a United Nations’ co-authored study on security sector reform in the aftermath of the Arab-majority uprisings entitled “An Overview of the Arab Security Sector: Legacies, Functions and Perceptions.” He is a regular contributor to media outlets including the BBC, Al-Jazeera, CNN and others. His op-eds are published in Foreign Policy, The Washington Post, The Guardian, al-Jazeera.net, BBC.co.uk, CNN.com, and other media outlets. Research Interests: Security Studies, Civil-Military Relations, Security Sector Reform, and Islamist-Military Relations with a Focus on Egypt and Libya.