Regional Implications of a US Muslim Brotherhood Ban

Regional Implications of a US Muslim Brotherhood Ban 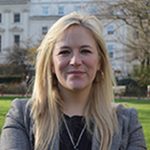 Abstract: Several members of the Donald Trump administration have voiced their concerns about the Muslim Brotherhood and its alleged links to violent jihadi organizations. For a period at the beginning of the Trump presidency, in January 2017, speculation abounded about the impending introduction of either a congressional bill or an executive order proclaiming the Brotherhood a terrorist organization. While neither of these was enacted, with renewed concern about the Muslim Brotherhood in light of the Gulf Cooperation Council (GCC) crisis and the resulting realignment of regional allies, as well as a new National Security Advisor, the Trump administration may change its approach in order to strengthen its alliances with Saudi Arabia and the UAE. Such a move would have effects on domestic politics, as well as a considerable impact on regional relationships.

Courtney Freer is a Research Officer at the Kuwait Programme at the London School of Economics and Political Science. Her work focuses on the domestic politics of the Arab Gulf states, with a particular focus on Islamism and tribalism. Her DPhil thesis at Oxford University revised rentier state theory by examining the socio-political role played by Muslim Brotherhood groups in Kuwait, Qatar, and the UAE. She previously worked as a Research Assistant at the Brookings Doha Center.