Containment and Engagement: The Rise of Armed Non-State Actors

Containment and Engagement: The Rise of Armed Non-State Actors 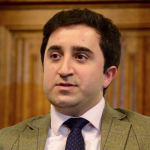 Abstract: This paper establishes the extent to which armed non-state actors can be integrated into governance structures and the political orders they have ferociously contested in recent years. It looks at the extent to which these actors are actually establishing, and therefore becoming critical pillars, of either new or revised political orders. This paper engages the issue by aiming for a three pronged process aimed at first constraining and containing armed groups; secondly, integrating them into state structures more effectively and, finally, revising state institutions to accommodate these actors through better legislation that can regulate their conduct. It does so by analyzing the complexities of armed non-state actors and their substantial overlap with other actors, including state institutions, political elites as well as other non-state actors such as non-governmental organization (NGOs) and religious organizations. It argues that, while traditional state-building and investment in rebuilding institutions should continue, this no longer suffices on its own. Instead, greater appreciation must be afforded to the local actors that have greater capacity and, critically, the legitimacy to regulate the conduct of armed groups and constrain the space in which they can operate and thrive.

Ranj Alaaldin is an Associate Fellow at Oxford Research Group and at the International Center for the Study of Radicalization and Political Violence, King’s College London and a Visiting Fellow at the Brookings Institution in Doha, . He was Senior Consultant at the Next Century Foundation, a track-two conflict resolution think-tank. He led election monitoring teams in Iraq and fact-finding missions to Libya, Turkey, Jordan, Egypt and Lebanon. His research currently focuses on post-conflict reconstruction, proxy warfare, security sector reform and civil-military relations.