The Middle East as the Intersection of Global Dynamics of Displacement

The Middle East as the Intersection of Global Dynamics of Displacement 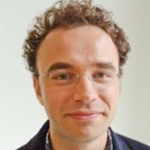 Forced displacement is a ubiquitous phenomenon today, and the Middle East is no exception. Western Asia and North Africa are areas in which some of the most extensive refugee crises in the world have taken place in recent years.[1] Syria is the top-ranking state of origin, with 6 million refugees, while 2.6 million refugees come from Afghanistan. Not far from the core of the region, 2.4 million refugees have fled South Sudan and other states such as Somalia (1 million) and Sudan (more than 0.5 million) have also contributed to the global refugee figure of 70 million. On top of this, displacement in the Middle East includes more than 5 million Palestinians whose precarious situation has been a protracted issue for decades. Internal displacement is also unprecedented in magnitude in countries like Syria (6 million), Yemen (2 million), and Iraq (2.6 million at the time of the Mosul crisis).

Not only is the Middle East an area producing millions of refugees, but it is also where most of them are hosted. Turkey, Lebanon, Jordan, and Iraq are the countries where most Syrian refugees reside. Pakistan and Iran respectively host 1 and 1.5 million Afghan refugees. If we include the Palestinian refugee population, Middle Eastern states shelter half of the internationally displaced population of the world.

Filippo Dionigi is a lecturer of politics and international relations at the School of Sociology, Politics and International Studies at the University of Bristol. His research is focused on the application of International Relations theory to the study of Middle Eastern affairs. He has worked on Islamist political actors and international norms and he is currently researching the impact of the Syrian refugee crisis in Lebanon, Jordan, and Iraq.