The Arab League: Its Foundation and Role in Arab Regional Security

The Arab League: Its Foundation and Role in Arab Regional Security 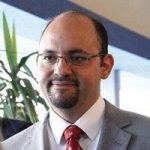 Abstract: The Arab League was created in the post-colonial era. However, the structure and regulations of the Arab League proved incompatible with the complex problems of the then-emerging Arab countries. In fact, despite supporting the hard-won independence of Arab states and contributing, though modestly, to the temporary settlement of a few inter-Arab conflicts, the Arab League fell short of emerging as a powerful player in regional politics. The weak organizational structure of the League, especially its conflict resolution mechanisms, together with internal rivalries between its major members have led to its current defunct state.