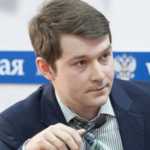 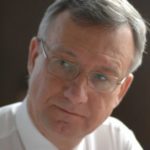 The end of 2018 was deeply eventful for Syria. Among other developments, in the wake of efforts by Russia, Turkey and Iran, the main guarantors of the negotiation process on Syria, to give renewed impetus to the work of the Constitutional Commission in Geneva, Donald Trump announced the withdrawal of American troops from Syrian soil. However, the first months of the new year also present us with a good opportunity to look at the situation in Syria from a different angle. In particular, we can look at it from the point of view of the Russian–Turkish agreement on Idlib, which was signed in September 2018 in Sochi.

Andrei Zakharov (PhD in Philosophy) is currently an Associate Professor at the Department of History, Political Science, and Law at the Russian State University of Humanities. The area of his research is comparative federalism, on which he has published several books. He is an editor of “Neprikosnovenny Zapas: Debaty o Politike i Kulture” (Neprikosnovenny Zapas: Debates on Politics and Culture) magazine, one of the leading intellectual periodicals in Russia. From 1990–1995 he served as a Member of Russian Parliament.