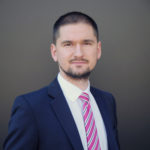 Freezing cold winters in the Balkans often go hand-in-hand with fiery political debates and war-mongering. Consider this: in December 2016, Bosnian Serb leader Milorad Dodik called (again) for a referendum on seceding from Bosnia; in December 2017 evidence surfaced of Russian-backed paramilitaries in the Serb-dominated region of Bosnia; in December 2018 the question was whether Bosnia and Herzegovina should join NATO or not.

‘‘Thousands of bombs and deaths of Serbs in the Republic of Srpska and in Serbia can’t be forgotten’’ Milorad Dodik said recently. “Membership in NATO would represent a humiliation for all Serbs.’’

His words acquired menacing substance with his ascendancy to the rotating tri-partite Presidency of Bosnia and Herzegovina and can no longer be viewed as mere pre-election rhetoric. Many Bosnian-Serb politicians share this view: so strong is Bosnian Serb opposition to joining NATO that Bosnian-Serb lawmakers in the Republic of Srpska passed a non-binding resolution opposing NATO membership, calling for ‘military neutrality’ and for aligning the country’s military policy with that of neighboring Serbia.

Why is Bosnia important?

Well, after accepting Montenegro as a member state in 2017, the Western military alliance turned its eyes on Bosnia and Herzegovina – a country where (just over two decades ago) 60.000 troops were stationed in order to maintain the fragile peace. Following a meeting of NATO ministers in Brussels early in December 2018, the alliance agreed that the time was ripe for Bosnia and Herzegovina to start implementing its Membership Action Plan (MAP) and called on Sarajevo to submit its first annual national program.

That set off a series of vicious debates among lawmakers, analysts, journalists and ordinary Bosnians – indicating just how deep divisions run in the country on the matter of whether or not to join the military bloc.

Here is a quick backgrounder: the war in Bosnia and Herzegovina ended in December 1995 and left the country divided along invisible ethnic lines: the Serb majority Republic of Srpska (comprising 49% of the territory) and the Bosniak-Croat Federation (comprising 51% of the territory). Within the Federation, there are – literally – enclaves of Bosnian-Croats living within a Bosniak Muslim majority area, and vice versa. Invisible demarcation lines are still very much present in the mental geography of many. According to a 2017 International Republican Institute (IRI) opinion poll, Bosniak Muslims are most eager to join the alliance: 57% of Bosniaks strongly support NATO accession, compared to 53% of Bosnian-Croats and just 2% of Bosnian-Serbs. It is worthwhile noting that Bosniak Muslims are likewise most eager to join the European Union compared to their Catholic and Orthodox Christian neighbors: 65% of Bosniaks strongly support EU accession, compared to 59% of Bosnian-Croats and just 18% of Bosnian-Serbs.

It might come as a surprise to many that Bosniak Muslims are the biggest advocates of NATO integration, but should you dig deeper, it in fact makes a lot of sense. Here’s why:

Seeking long-term protection. Bosniak Muslims see NATO as their protector and guarantor of peace and stability in their war-torn country. Since its inception in 1949, NATO has intervened twice to protect an endangered Muslim minority from the throngs of menacing Serb forces, in both cases: In Bosnia and Herzegovina in 1995 (Operation Deliberate Force) to protect Bosniak Muslim enclaves besieged by Serb forces and in Kosovo in 1999 (Operation Allied Force) to protect the Muslim Kosovar Albanians from the onslaught of Serbian troops and paramilitary forces. While NATO’s intervention helped end the Serbian and Croatian proxy wars against Bosnia and Herzegovina’s internationally recognized and multi-ethnic government, it intervened too late to prevent some of the biggest atrocities from taking place. Nevertheless, Bosniak Muslims still fondly remember the days when NATO bombed Bosnian Serb strongholds. Having learned lessons from Bosnia and Herzegovina, NATO was quicker to intervene in the case of Kosovo. The alliance’s intervention proved that preemptive airstrikes and boots on the ground suffice to prevent ethnic cleansing from turning into outright genocide. Hence, both Bosniak Muslims and Kosovar Albanian Muslims perceive NATO as a protective force.

Safeguarding territorial integrity. President Dodik has always been clear about what he wants—to carve out a Serb-majority statelet and eventually adjoin already pro-Kremlin neighboring Serbia. In order to achieve that, he has been calling for ‘military neutrality’ – a popular Balkan euphemism for opting out of NATO and sliding towards neighboring Serbia and Russia. Why would ‘military neutrality’ be bad? Well, because many Bosniak Muslims see Belgrade as having orchestrated the war and genocide against them. Allowing Bosnian Serbs to push the country towards neighboring Serbia and Russia would – for many Bosniak Muslims – mean falling deeper under the clout of two unfriendly and powerful Orthodox Christian states and risking the break-up of their country. On the other hand, entering NATO would safeguard Bosnia and Herzegovina’s internationally recognized borders and prevent Bosnian Serb secession. It would also extend the zone of stability to a crucial part of the Balkans and safeguard NATO’s access to the coastal town of Neum – the only stretch of non-NATO sea coast from Estonia to Turkey.

Curbing Russian influence. Russia has for years been waging a systematic assault on Western democracies – either by meddling in US elections, promoting the rise of the far-right in Europe or advocating BREXIT – which plays into Kremlin’s ultimate goal of having a weaker European Union. The Kremlin has also done heaps to undermine the post-World War II rules-based international order which seeks to protect smaller states from the predation of larger ones. The Western Balkans have emerged as a new front in this covert war. Russia’s strategic objective in the Western Balkans is to block aspiring nations from joining NATO: Russian operatives have been implicated in 2016 in the botched coup d’état attempt in Montenegro; in 2017 in destabilizing Macedonia by supporting anti-Western and pro-Russian nationalists; and last year in the training of Bosnian Serb paramilitaries. To stymie Bosnia’s NATO accession, Russia has been using media outlets to disseminate pro-Kremlin narratives in Serbia and among Bosnian Serbs. In 2015, Russia launched Sputnik Srbija on the internet and radio, based from Belgrade, and Russia beyond the Headlines in 2012, available in both Croatian and Serbian. These media outlets have a common thread: they promote shared Serbian and Russian Slavic and Orthodox ties; reinforce the idea of Russia being the only true ally of Balkan Serbs; lionize Vladimir Putin and memorialize NATO’s bombing of Serbia and thus keep public opinion stridently against the alliance. These news pieces are then picked up and disseminated by Serbian and Bosnian Serb media outlets and public broadcasters across Bosnia and Herzegovina.

The story of NATO’s expansion is an old one.

As Jonathan Masters explains, following the collapse of the Soviet Union back in 1991, Western leaders intensely pondered on the future of the alliance. Among US government officials alone, the split was significant: while President Bill Clinton’s administration favored expanding NATO to consolidate democratic gains in ex-Soviet states, others called on the Pentagon to scale back its commitments in Europe since the Red Menace was no more. European states were divided as well: France was against further NATO expansion in the east, hoping to integrate those countries into the European Union (where it had a greater say) while the United Kingdom opposed further expansion fearing it would dilute the alliance.

Over the past two decades, the idea that the alliance should expand prevailed. NATO has succeeded in pushing deep into former Soviet territories, but also southwards towards former communist Balkan states. Apart from Serbia (which has declared it has no intention of joining the alliance) and Kosovo (whose international status is still pending), the only Balkan country that has not yet joined the alliance is Bosnia and Herzegovina.

The Balkans is a region where empires and superpowers have clashed for centuries. However, the region has become incendiary in the past two years with President Donald Trump’s neo-isolationist policy and his firm stance that Washington should no longer be dedicating resources to policing on a global scale. Such an approach has significantly emboldened global autocrats, from Crown Prince Muhammad bin Salman to President Milorad Dodik.

Some Westerners tend to ignore the Balkans on the assumption that the region has permanently transitioned from a net “consumer” of security assistance to a net “provider.” It is true that quite a number of Balkan states take part in UN-led international peacekeeping missions. However, history is not linear, and the region’s troubles have not permanently been buried.

The prospect of NATO integration for the region still remains the main vehicle towards achieving sustainable peace and stability. It is a process that will require constant commitment and periodical encouraging signals and incentives.

Dr. Harun Karčić is a foreign affairs journalist covering the Balkans and Turkey and an associate at the Center for Advanced Studies in Sarajevo. He has published extensively on Islam and foreign influences in the Balkans with particular focus on Arab, Turkish and Iranian activities.

The Saudi Side of the Story: Motivations and Prospects of Rapprochement in the Gulf

What is happening in Bosnia?