Ankara will maintain its contacts with Tehran and Washington, in order to gain concessions from both sides and fulfill its regional role as an assertive actor. 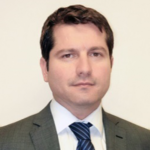 After the unexpected assassination of Qasem Soleimani, Iran will follow a gradual escalation strategy in the region. In its first stages this will consist of the following steps:

1-Forcing the USA to move its forces out of Iraq

3-A major show of force.

According to our observations, it is probable that the second escalation level will consist of attacking the US forces through its proxies in Iraq, which would provide Tehran with a defensive argument based on the principle of “deniability”. In the case of a US attack from bases in the Gulf states, Iran would target American allies directly. So, we can see a pattern of burden-sharing: proxies would engage with the USA and Iran would deal with the USA’s allies.

As Turkey would seek to prevent this kind of conflict in its immediate vicinity, it could move to more active strategies in Syria and particularly in Libya, in the upcoming period. Here Ankara can apply a two-dimensional strategy:

Although Turkey’s mediation efforts would be important, the USA needs Turkey as an ally rather than a mediator. In this regard, Washington may offer special concessions to Ankara to stand closer to the USA in a possible conflict. Nonetheless, Ankara would maintain its contacts with Tehran and Washington, in order to gain concessions from both sides and to fulfill its role as an assertive actor in the region.

The assassination of Soleimani, may well reduce Iran’s operational and co-ordination capacity in Syria and require Shiite militias to take action against the USA rather than the Syrian opposition. Therefore, this situation will open up space for Turkey’s ally, the Syrian National Army, in Syria. In this context, Putin’s ongoing meetings with the leaders of Syria and Turkey could be interpreted as a signal that a new consensus would be reached at a time when Iran is forced to move its forces to other fronts.

He received his BA and MA degree in Iran. Following his giving lectures on Iran and Persian language in the Istanbul-based Foundation for Sciences and Arts (BİSAV) in between 2005-2010, he worked as the Director of Administrative Affairs and Protocols in Tehran-based The Parliamentary Union of the OIC Member States (PUIC) between 2010 and 2014. He completed his PhD in 2015 at Tehran University. Uygur has been holding the Vice-Director position of Ankara-based Center for Iranian Studies since March 2016.