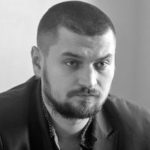 Russia’s strategic agenda in the Eastern Mediterranean is shaped around the same factors that determined Soviet conduct there: the region’s geographic role as a foothold for influencing political and economic events and the trade routes connecting the West and the East. While the Eastern Mediterranean was considered a pivotal arena of the USSR-West ideological and strategic rivalry in the Soviet era, the region has somewhat lost its significance after the Cold War. Thus, until recently, the Eastern Mediterranean, which was viewed as a potential source of political and economic leverage to counterweight the global influence of the EU and the US, has taken secondary importance for Russian leaders. For example, Russia used Greece-Turkey tensions and divisions within NATO to find an opening for the delivery of the S-300 PMU1 system via Cyprus to Greece. Likewise, Moscow has been cautiously sponsoring political parties in the region.

Things changed following Russian annexation of Crimea in 2014. Faced against the pressure of Western sanctions, the Kremlin could not resign to the role of a “besieged fortress” that is shut from the rest of the world. Seen in this fashion, Russia’s campaigns in Syria – and later Libya – have, with a certain degree of success, promoted the vision of a superpower making a comeback in the Middle East and North Africa. In an almost unprecedented fashion, Moscow managed to cultivate contacts with the key actors within the region and beyond and, by doing so, proved that it can compete with the West on equal terms, a point the Kremlin desperately wanted to make following the Crimea crisis. Russia’s success rests on the fact that it is used to acting assertively during periods of acute crises when established actors, caught in the moment, are prone to acting emotionally and clinging to simple, straightforward solutions.

That said, Russia has not just been able to exploit accidental openings. It is also trying to secure the foundations of its gains and build on them. For instance, the state-backed oil corporation Rosneft created a subsidiary company, Levante Storage S.A.R.L. (Sole Partner), to operate in Lebanon. This enhanced Russia’s standing in the region, strengthening its diplomatic hand, most presciently in the context of Lebanon-Israeli tensions.

Having said that, however, it is also important not to overestimate Russia’s role in the region when it comes to demarcation of exclusive economic zones in the Eastern Mediterranean. Take the case of the president of Cyprus Nicos Anastasiades pleading his Russian counterpart Vladimir Putin to persuade Turkey to stop gas exploration on its Exclusive Economic Zone. The demand has not been met with real assistance. On the contrary, Moscow has consistently sought to evade any role in the conflict. The most Russia can do under the circumstances is to take part in some international initiative to resolve the issue.

In addition, Russia’s involvement in the wars in Syria and Libya have shed light on the inability of bureaucratic actors to take responsibility and deliver on foreign policy objectives. This stipulated the need for the so-called “parallel diplomacy,” whereby the activity of ordinary diplomats and other formal actors is complemented by efforts made by informal players. Thus, the network of the Chechen leader Ramzan Kadyrov emerged as a sort of “think tank” active in Middle Eastern diplomacy. Private military companies connected with businessman, Evgeny Prigozhin, in their turn, participate in the regional conflicts as mercenaries. There is little doubt that those activities are overseen by Russian special services. They play the first fiddle in crafting solutions to geopolitical quandaries.

Another question concerns popular approval (or at least fending off any sharp criticism) of Russia’s participation in foreign conflicts. In the case of the Syrian conflict, the Kremlin has come up with a reasonably plausible explanation for the country’s involvement there. However, explaining Russia’s aims in Libya is more complicated. Players involved in the conflict – including state actors like UAE or private interests – are highly motivated and ambitious. How Russia’s involvement in the conflict can serve national interests is less straightforward. As a result, the Russian campaign in Libya looks like a mix of geopolitical adventurism and specific desires to profit off the conflict by imposing control over oil business and searching for other lucrative resources to exploit.

As for the recent dispute between Greece and Russia in the Eastern Mediterranean, Russia has taken an emphatically neutral position with regard to the Greece-Turkey spat, as well as on the struggle for resources in the region. Some of the reasons for such behaviour are as outlined above. Another reason for Russia’s reticence has to do with the circumstances related to Moscow’s own projects with Turkey and the two countries’ broader cooperation in the energy sphere. The dynamics of those relations are changing. First of all, Turkey has in recent years sought to transform its approach to its fuel and energy complex by pivoting toward export privatisation and diversification. Russia’s strategy, by contrast, is still driven by inertia and gives precedence to pipeline projects while ignoring spot markets for gas. As a result, the number of energy suppliers to Turkey is expanding while the volume of gas exports from Russia is steadily declining.

The second aspect that needs to be considered is Turkey’s renewed push for exploring gas in the Black sea and the Mediterranean basin. This can potentially make it harder for Russian state companies to negotiate long-term deals with Ankara. That does not mean that either projects like the Turkish Stream or Blue Stream pipelines face cancellation or will be halted. This, however, does mean that Russia’s role as an energy supplier will become less important. Making any sort of predictions regarding initiatives in the field of gas transportation is a challenging task, provided that the variety of subjective and political factors may come into play. That said, there is a pronounced skepticism – both within Russia and Europe – concerning the prospects offered by the East Med gas pipeline. The project has a hefty price tag attached to it, yet its capacity is not very large provided that European consumers can make up the deficit using tanker deliveries. Taking economic and political factors into account, Russia is skeptical of the prospects of East Med and its viability, especially when put next to Gazprom’s projects (Turkish Stream and Blue Stream).