Where does Italy stand in the Eastern Mediterranean Dispute? 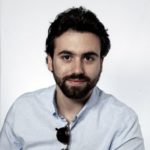 The dispute between Greece and Turkey has been rooted far back in history. The relations between these two countries have always been turbulent and have recently harshened again after the discovery of an important gas field close to Cyprus.

Once under the control of the Ottoman Empire, and then a British colony, Cyprus is the knot of discord between Greece and Turkey.  Since 1974, Cyprus has been divided into two parts. Nowadays, one part of Cyprus is part of the European Union and internationally recognized and the other one, the Turkish Republic of Northern Cyprus, is only recognized by Ankara. Therefore, this situation makes the possibility of reaching an agreement even more challenging and complex.

The issue related to the exploitation of the gas field is historically at the forefront of the tensions between Ankara and Athens, and in 2019 the European Union imposed economic sanctions on Turkey following Turkey’s gas drilling activities around Cyprus.

Specifically, the current dispute originates from the island of Kastellorizo. Kastellorizo belonged to Italy from 1920 until 1947 until the Paris treaty caused the island to be assigned to Greece.  The contended island is just two kilometers away from the Turkish coast. According to the United Nations Convention on the law of the sea of 1982, which Turkey never signed, Greece can claim the exploitation of the surrounding waters and its natural resources. Due to its proximity to the Turkish coast, according to the Turkish government, Kastellorizo impedes Turkey from linking together its Exclusives Economic Zones and consequently conducts drilling gas explorations.

Tensions started to spike again between Turkey and Greece in mid-August when a Greek and Turkish warship collided. For a few days, the Eastern Mediterranean was on the edge of the worst crisis the region has ever witnessed in the past 20 years. France immediately sent frigates in the region following its alliance with Greece. Egypt and Israel also stood in solidarity with Athens. Turkey and France already back two different actors in Libya, the Government of National Accord (GNA) born under the brokerage of the United Nations and led by Fayez al-Serraj and the Libyan National Army (LNA) respectively;  based in Tobruk and lead by the general Khalifa Haftar, observers feared that a further escalation could set up a Europe versus Middle East conflict. In this plethora of varied actors, Italy is almost off the scene.

A potential intra NATO conflict would be disruptive for Europe, whose one of the main interests is seeking stability and playing a leading role in the access to the hydrocarbon resources. Consequently, the nurturing of stability in the Mediterranean Sea should be the first foreign policy objective. As the Greek politician Anna Diamantopoulou wrote in an article published for the European Council on Foreign Relations, “Europe should make the promotion of multilateralism in the eastern Mediterranean, its core objective and modus operandi. […] In the early years after the second world war, the heart of the Schuman Plan was the establishment of a superior single authority to control the production of steel and coal – the driving forces of the world economy at the time. Everyone would have access to natural and human resources, networks, and technical means; and thus, to prosperity and peace.” The same approach can be applied to the current situation with the creation of a shared and multilateral platform for gas exploitation that could enlarge cooperation and increase economic and political perseverance in the area.

Where does Italy stand in the middle of this crisis? The Mediterranean area covers a strategic and fundamental role for Italy’s foreign and economic policies such as naval border security and trade control. Moreover, the natural geographic position configured Italy as one of the most prominent geopolitical actors in the area. However, the Italian government is still keeping a distance from the main actors involved, such as France, Turkey, Greece, and Egypt without openly taking a side despite being part of the European Union.

Given that, to build an effective, assertive, and peace-oriented European foreign policy, the European Union should act as a common body in solving international disputes such as the one in the Eastern Mediterranean region. European institutions have often faced hardships in doing so. As a consequence, European countries frequently followed independent directions referring to their previous choices and historic relationships.

Since the end of World War II, Italian foreign policy has always rotated around three main pillars. The first and most solid refers to the ties with the United States.[i] Following the deployment of the Cold War blocks, cooperation between Italy a­nd the United States proved to remain even afterwards. Europe and its countries shape the second pillar. Italy is one of the founding members of the European Union. Since its foundation, Italian policymakers supported all the initiatives aimed at both deepening and widening the European integration project.[ii] The third one looks at the so-called “Enlarged Mediterranean,” the Middle East and North Africa.

Italy and the Mediterranean countries share historic, economic, and cultural ties. Italy took over the role of a natural bridge between Europe and the Middle East that the geographic position suggests. However, the opportunity to build an independent foreign policy within the framework of the international powers has encountered several issues such as domestic political instability (seven different governments in the last ten years), diplomatic mismanagement and a clear limit in understanding the current dynamics in the Eastern Mediterranean.

Within the described framework of involved actors, Italy has not clearly sided with any of the countries yet. Following the aforementioned issues regarding the possibility of building an independent foreign policy, Italy has been constrained under the will of stronger powers. Rome always preferred to maintain its special relations with the United States instead of pursuing an independent and assertive foreign policy that could damage or weaken its relations with global powers. When the maneuver margins restrict, Italy folds back into its role of a middle power.[iii] For instance, the Italian government is taking time to prevent the consequences of what happened in 2011 when Libya was invaded by a coalition led by the United States, France, and the United Kingdom. Following that clash, Italy is still suffering from uncontrolled migration flows and instability in the region that deeply damaged the Italian energy corporations.

It is a historic fact that Italian policymakers tend to prefer the promotion of a bilateral agreement to achieve cooperation and bolster its economy. Looking at the Italian strategy, it is noticeable that Italy has strong economic ties with all the actors involved in the Eastern Mediterranean dispute. Therefore, Italy’s aim is to maintain stability in the region in order not to suffer from significant economic losses.

Interpreting Italy’s current stance, it can be concluded that Italy will unlikely take an independent and unilateral position in the dispute. Italy will likely side with European countries if any serious policy shift towards Turkey happen.

In a nutshell, as previously mentioned, the Mediterranean Sea covers a strategic and indispensable role for the Italian economic and energy supplies. Thus, defending these interests means ensuing a foreign policy that seeks stability and peace. Despite the recent increase of tension between Turkey and Greece, it is essential to remember that Turkey is a NATO member and an important commercial partner of the Mediterranean countries. Accordingly, seeking an agreement for stability and peace-oriented policies is not only Rome’s main interest but also every involved player.