Ten years After the Arab Spring: Has the Libyan Conflict Come to an End? 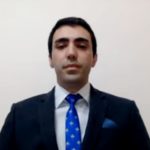 Political uprisings and widespread protests that erupted in late 2010 and known as the Arab Spring have shaken the entire Middle East and North Africa region. Widespread protests were motivated by a variety of reasons, including the lack of political inclusiveness, corruption, and political violence by both state and non-state armed actors. These were further accompanied by harsh restraints on freedom of expression, belief, assembly, religion, and the rule of law.

The uprisings across the region have succeeded in toppling the dictators in Egypt, Libya, Tunisia, and Yemen but have produced some modest political, social, and economic benefits for some of the region’s population. However, only Tunisia has experienced a relatively peaceful uprising followed by some changes. Egypt’s uprising, on the other hand, failed miserably, resulting in a military coup.

The current conflict in Libya can be traced back to the 2011 uprising against the country’s long-time ruler, Muammar Gaddafi. The 2011 NATO-led operation in Libya removed Gaddafi but failed to establish stable political institutions in the country. Libya steadily fell into conflict fuelled both by internal contradictions underlying the rivalry of various political-military forces as well as external interference by regional and international actors pursuing their own economic and political-strategic interests. Since then, hopes of democracy, stability, and prosperity have been elusive in Libya. In many respects, the country is considered a failed state that cannot exercise nation-wide authority with competing forces claiming to rule the country.

Libya has been a significant producer of crude oil since the 1960s. With a population of only six million and major annual oil revenues, amounting to $32 billion in 2010, Libya exhibited great potential. However, during Gaddafi’s 42 years in power, he reportedly controlled the money flow to directly benefit his own family and their cronies while offering little to the underemployed and frustrated youth. According to media reports, the Gaddafi family had as much as $200 billion in bank accounts worldwide.

Consequently, Libya has experienced a lack of transparency, inefficient state institutions, widespread corruption, and misuse of its oil wealth, leading to the underperformance of its economic potential. This was severely exacerbated following the revolution that put an end to his brutal rule in October 2011.

In 2011, the rebels united to overthrow Gaddafi’s regime, but their loose alliance fell apart as the different groups pursued various agendas and distrusted each other for political and economic interests. The post-Gaddafi era led to significant, unintended consequences, generating regional turmoil, massive civilian displacement, and an environment conducive to terrorism and extremism. Today, Libya is fragmented and polarised, caught up in instability and insecurity.

In December 2015, the Libyan Political Agreement (LPA), also known as the Skhirat agreement, was signed with the aim of forming a transitional government to resolve the country’s political divide. Eventually, the UN-backed Government of National Accord (GNA), headed by Fayez al Sarraj, was established through the Libyan Political Agreement (LPA). The GNA is the internationally recognized executive body in Libya.

Khalifa Haftar, an army officer close to Gadhafi and a former exile, emerged as a flagrantly power-hungry warlord in the country’s northeast. He controls much of the east and commands the self-proclaimed Libyan National Army (LNA). He has sought to take over the country by military force and consistently refused to adhere to the LPA or recognize the legitimacy of the GNA. Consequently, he has consistently rejected peace proposals and initiatives put forward by different regional and international actors

In April 2019, Libyan Warlord Haftar and his LNA began an assault to seize the UN-backed government’s capital, Tripoli. The war has displaced over 200,000 people and has led to some of the bloodiest military battles the country has experienced in years. Countries, including the United Arab Emirates (UAE), Egypt, France, and Russia have long supported Haftar and his LNA financially and militarily. In the face of an offensive on Tripoli, the GNA, backed by the UN, requested help from Turkey which responded by deploying military advisers and sending armed drones.

In November 2019, Turkey and the GNA signed two separate memorandums of understanding (MoU), one on military cooperation and the other on maritime boundaries in the Eastern Mediterranean. Contrary to other foreign players operating covertly in Libya, the Turkish Parliament openly voted to approve a one-year mandate for military support to the GNA, and in January 2020, Turkey announced it was deploying troops in the country. The security and military cooperation agreement enabled Turkey to send military advisers to help coordinate the GNA’s war efforts and train local forces.

Turkey’s deployment of airpower, sending military advisers, and an efficient use of drones have greatly contributed to the GNA’s success in Libya.  Moreover, reportedly, Turkey and the UN- backed government have discussed possible Turkish use of two military bases in Libya: the Misrata naval base and the Al Watiya airbase. This indicates that Ankara would like to operationalise both air and naval bases as quickly as possible in order to prevent any potential counter-attacks from the East.

Ankara has supported the UN-backed government in order to rebalance the situation on the ground with the hope of bringing an end to the Libyan civil war. Turkey also wants to preserve its economic and geostrategic interests in the country and the Eastern Mediterranean. Some foreign powers including the UAE and Russia in Libya prefer armed conflict to political processes, as conflict provides a more noticeable influence on the ground to protect their economic and geostrategic interests.

Haftar and his LNA have been the primary obstacle to the reconciliation process in Libya, as they have attempted to impose their rule on the country. Libya continues to suffer from interlinked political and economic crises, which weakens state institutions by damaging its economy. Since 2011, Libya has not only descended into violence and social breakdown but has also come to be influenced by numerous militia groups who have taken advantage of the political instability as the post war period presented huge business opportunities.

Some militia groups including Haftar’s LNA continue to undermine the legitimate government, seeking to harm where it hurts most: oil revenues. Armed groups regularly fund their activities through illegal oil sales. These increasingly sophisticated revenue-generating schemes capitalise on the weakness of state authorities across the country.

The UN has been supporting diplomatic efforts for almost a decade, but the failure of previous initiatives, the arms build-up and Haftar’s record of threatening political solutions, has made it harder for any credible diplomatic effort to resolve the conflict. Since August, rival Libyan parties to the conflict have signed on a ceasefire, despite a number of violations by pro-Haftar militias. This return to the negotiating table has increased hopes of reconciliation and resulted in the lifting of the oil blockade. The truce is widely regarded as a move toward broader political negotiations and a way out of the conflict. However, the risk of renewed violence still exists, as many elements and dynamics surrounding the talks could still undermine UN-led reconciliation process.

Recently, Haftar threatened to use force against Turkish troops in Libya if Ankara does not stop supporting the UN-backed GNA in Tripoli. In response to Haftar’s threat, Turkey’s defence minister stated that any attack by a warlord on its personnel in the North African country would be met with force. Haftar’s comments came in response to the Turkish Parliament’s decision to ratify a motion to extend troop deployment in Libya for 18 months.

That said, there is no alternative to a negotiated solution; any military solution to the conflict is an illusion, as genuine and long-lasting stability can only be materialised by way of consensus on governance and security arrangements among leading political factions.

The current reconciliation talks in Geneva under the UN sponsorship have contributed to increasing optimism for a viable, inclusive, lasting, and peaceful political settlement. Therefore, the ceasefire must be protected, and any sort of aggression should not be allowed as Haftar has played the role of main disrupter over the last three to four years and has broken every single agreement and ceasefire brokered by the international community. Although Haftar is weaker compare to April 2019, he still can spoil the ongoing peace negations on account of the vital support coming from the UAE.

Thus, all countries who are involved in the Libyan conflict should participate in the implementation of the ceasefire and the entire international community needs to give their full backing to the UN-led peace process. Furthermore, the international community must ensure the security required in which the UN-led Libyan Political Dialogue Forum can prepare for new elections. The need for security and stability might encourage the majority of Libyans to engage in the process of peace and to support paths of reconstruction and development in the country.